For those that have a few tens of thousands of dollars to spare? 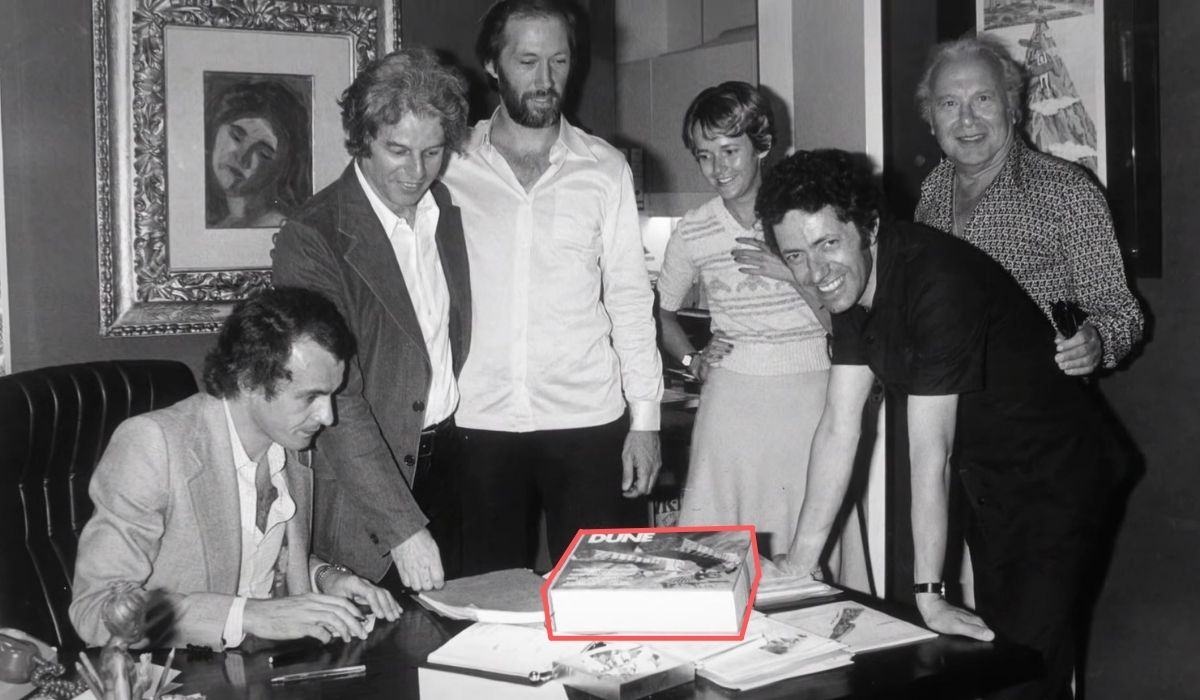 While Frank Herbert wrote the Dune series, every director that has taken on the project to some degree has had their name attached to the story and its history. For example, in the 1980s there was David Lynch’s Dune (so panned, the director disowned it). In 2021 we experienced Denis Villeneuve’s Dune: Part One.

Before Villeneuve and Lynch, there was another man whose attempt is so infamous that an entire documentary was made out of his vision and (kinda) failure. I’m talking about Alejandro Jodorowsky’s Dune.

One of the very few copies of the storybook detailing Jodorowsky’s Dune is set to go up for auction at Christie’s later this month. Christie’s estimates the book’s worth at about $28,000 – 40,000. This is before accounting for the 25% buyer’s premium to pay for shipping, taxes, processing fees, and more. That’s a whole lot for a book.

So what’s the big deal about this book?

For one, the rarity. Christie’s (a major art dealer company) claims there are 20 or fewer copies in existence. Between Jodorowsky and Lynch’s attempts, for a long time, Dune was dubbed an impossible book to adapt for film. That is until this year’s movie, which has had mostly positive (but not without valid critiques) of Villeneuve’s adaptation, which primarily focuses on the beginning of the original book’s story.

While Jodorowsky’s Dune never happened, the mounting amount of art and creativity from those involved made a lasting impact on science fiction and its subgenres in Hollywood forever. Yes, it is fascinating to know Pink Floyd was attached to the project, as well as a cast that included Salvador Dalí, Mick Jagger, Orson Welles, and more. But the behind-the-scenes talent is one of the reasons the never-made film remains hugely relevant to film history.

Artists like Christopher Foss, Jean Giraud-Moebius, and H.R. Giger worked on the visual elements of Jodorowsky’s Dune that would never come to fruition (at least in a Dune movie). Later, they found success in franchises such as Star Wars, Aliens, and more, sometimes using similar frames and designs.

From the pages shared and animated in the 2014 documentary, Jodorowsky’s Dune alone, this storybook is a treasure trove of information. The plans for costumes, scenes, camera direction, set design, ship design, and much more—all are in this book.

The first many heard of the book (myself included) is when Jodorowsky shared in the 2014 documentary.

Another fascinating element of this whole saga was the fact that (as the trailer shows) Jodorowsky never read Dune, but adored it conceptually. He also had some sort of a working relationship with Herbert during pre-production, where millions were spent, until the studio eventually nixed the project and later sold it. Jodorowsky loved the story (his development of it, at least) so much he wanted to put together a 14-hour science fiction event. Once you go over 4 hours, we have to call it “an event” at that point. 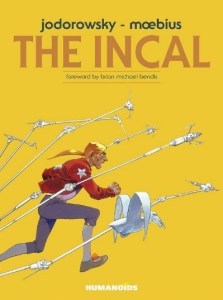 Even though it seems like Jodorowsky at times is frustrated that his efforts aren’t as well known, he doesn’t seem to harbor any ill will with the creatives that continue to work beyond Dune. For example, over a decade later he released the graphic novel The Incal with Moebius. The graphic novel takes visual and story elements from Jodorowsky’s Dune that I guess were never used because that would put them in a copyright situation possibly? In a way, The Incal may be the closest we can get to the storybook up for auction at Christie’s because it features two of its prominent creatives.

The Incal made news a few days back because it too is getting adapted. This time by none other than our New Zealand fave Taika Waititi. Jodorowsky is calling it “Waititi’s Incal.”

To the future owner of this book

Please, please, if you are reading this, upload a PDF of this book online or donate it to an institution that can navigate opening it to the public. Consider it a gift to science fiction nerds, film historians, archivists, and artists. I’m not sure if what I’m asking for is even legal, but it definitely sounds like a tax write-off. Think of your fellow Dune fans!

(via Gizmodo, image: screenshot from trailer.)