Review: Dune: Part One Predictably Leaves the Adventure Half Finished 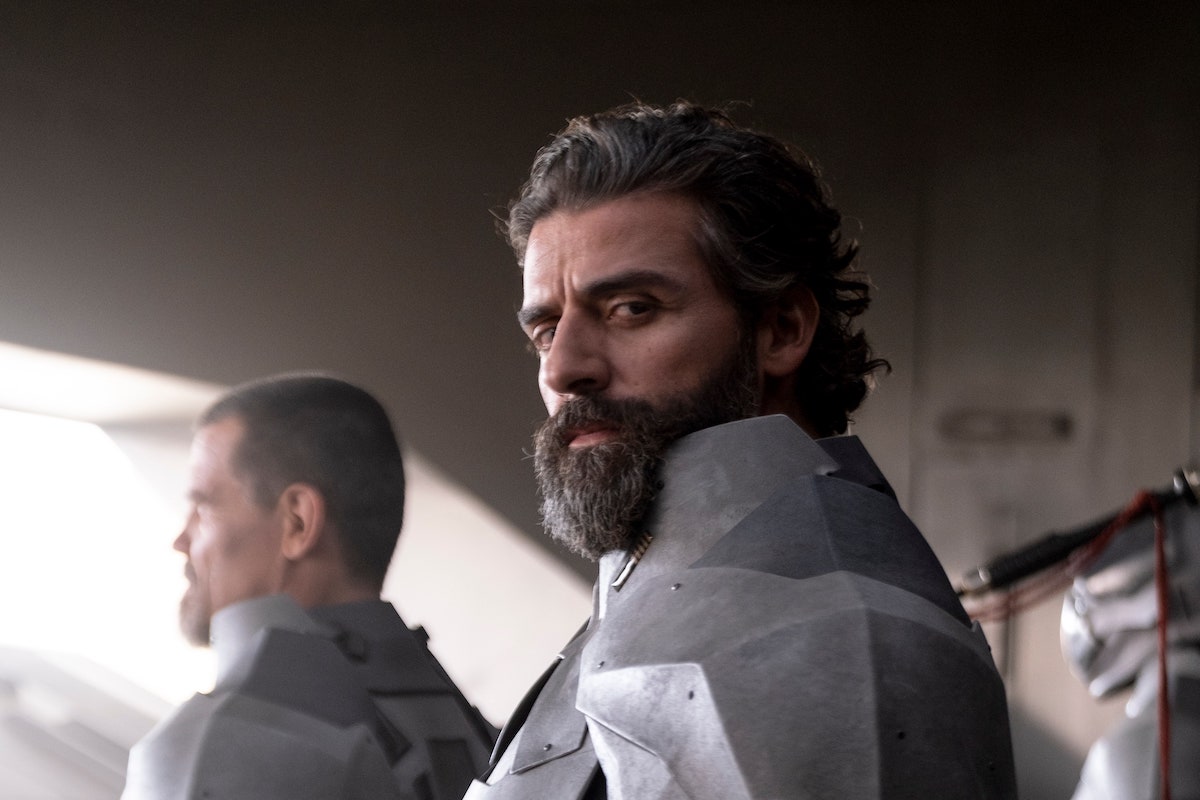 Walking out of Denis Villeneuve’s Dune: Part One, I found myself trying to get into the mindset of someone who has never actually read Dune. Part One closes, narratively, at the equivalent of Lord of the Rings ending right after The Council of Elrond. Would someone who hadn’t read the source material be intrigued and drawn into the world Frank Herbert created? And would that be a failure of Villeneuve’s vision or just the evolving nature of what film looks like now?

In-universe, House Atreides has been gifted the planet of Arrakis, known as Dune, the producer of the powerful and important spice melange necessary for space travel and can extend life. Duke Leto (Oscar Isaac), his son Paul (Timothée Chalamet), and concubine Lady Jessica (Rebecca Ferguson) travel to the desert planet apprehensive of the “gift,” knowing it is part of the Emperor’s plan to weaken House Atreides by putting them in direct conflict with their longtime rivals, the Harkonnen. Baron Vladimir Harkonnen (Stellan Skarsgård) plans to regain his profitable planet even if that means wiping out House Atreides.

All the while, young Paul has started having visions of the future that lead him on a journey to becoming much more than he could ever imagine.

A self-proclaimed fan of the books, Villeneuve tackled this project out of love and said during an interview with The Mary Sue that he did the film largely for himself.

That sort of fanboy love is clear in how he had thoughtfully constructed the world—taking from the book, but also switching things up to make it seem better. His interpretation of the Voice, which could easily be jarring, made it seem imposing, and the shields look like something out of a video game—futuristic enough to be cool, but still feudal in construction.

Dune‘s political story of imperialism, religion, and ecology is at the forefront, with Chani’s opening monologue highlighting the role that the Fremen have taken up in this society, their planet existing only to be harvested for its resources and its people subjugated.

Of the main cast, Jason Momoa is the one who clearly understood the assignment. Momoa is fantastic and magnetic onscreen as Duncan Idaho, the swordmaster of House Atreides, to the point where I truly wanted more of him.

Chalamet and Ferguson are the weakest of the bunch, with the latter playing a very weepy Lady Jessica that feels very tedious, especially because we don’t really get to see all the layers of her character. Those are mostly in Part Two. Chalamet’s Paul is doing his best, but it’s hard to play a sixteen-year-old who suddenly becomes a “god” in two and a half hours, especially when the scope of what that means is just words thrown out to the audience, like Kwisatz Haderach.

Oscar Isaac is as hot as the movie’s teasers highlighted, but again, Leto I is a character, much like Chani, that exists only to give Paul ties to humanity. If you were looking for there to be a lot from him, Zendaya, Josh Brolin, and Javier Bardem, then you will be disappointed.

In 1984, the first Dune adaptation was released under the direction of David Lynch. The film was a bomb and lambasted for the lack of faithfulness to the source material, to the point where even Lynch himself has denounced the film for not being his true vision. His “failure” and the failures of previous directors to bring the book to the big screen labeled the novel, as written by Frank Herbert, as un-filmable.

Much has been made about the experience of seeing this movie on the big screen, and personally, I had a horrible experience watching Dune at my screening. It was the day of the east coast flooding from hurricane Ida, so I went to the screening in the pouring rain and left as the flooding began to pick up. During a key moment in the movie, the fire alarm went off, making it difficult to hear or watch the film, but the former was already difficult with Hans Zimmer’s score booming majestically as people whisper-talk.

If I hadn’t read the book, I would have been lost.

Ultimately, the biggest issue with Dune: Part One is that it is narratively incomplete. It is all exposition and worldbuilding with some cool fight scenes, but it is all leading to something we don’t see in this film and might not get to see if the sequel doesn’t get made.

All I could think of was early Game of Thrones and how a product like Dune would thrive with Villeneuve’s vision on a weekly program like HBO. To me, Dune is not un-filmable; it is just not meant to be a movie. It has all the makings of a fantastic television series, but forcing Dune to fit into the big screen limits how much we are able to explore, every time.