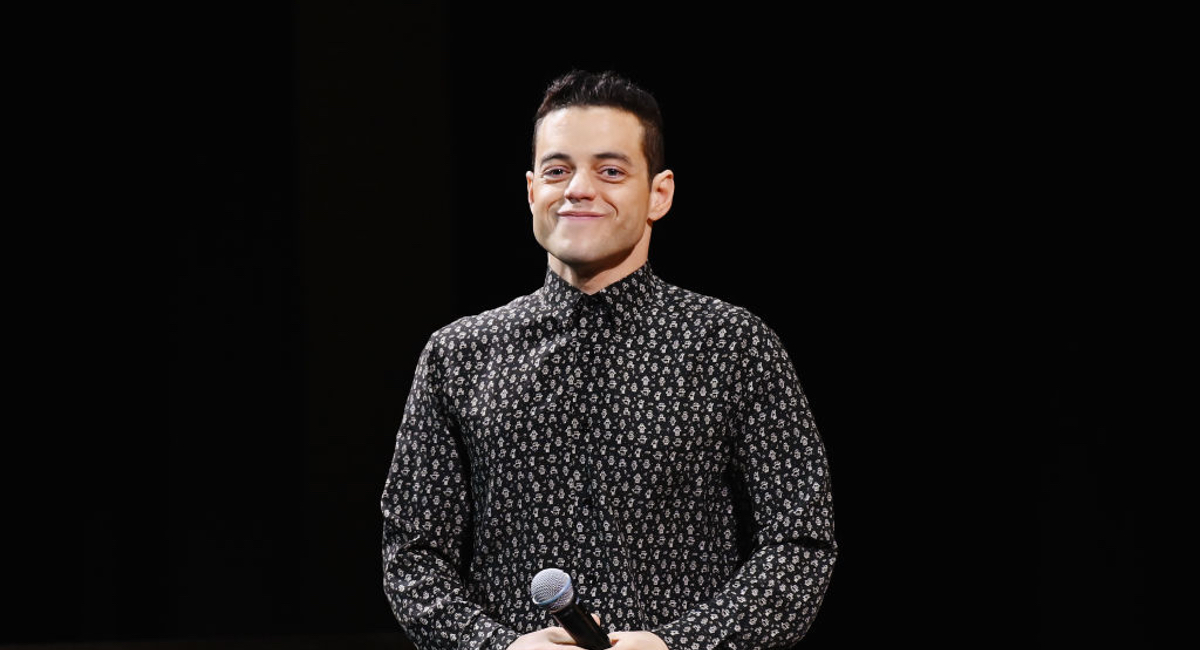 Fresh off his Oscar win for Bohemian Rhapsody, Rami Malek is stepping into the James Bond universe, playing the primary villain in Bond 25. His role, as with much of the plot, is being kept under wraps, but we now know that he’s playing a terrorist, which presents some potential issues given Malek’s Egyptian heritage. But Malek had conditions to mitigate that.

“It’s a great character and I’m very excited,” Malek told the Daily Mirror. “But that was one thing that I discussed with Cary [Fukunaga]. I said, ‘We cannot identify him with any act of terrorism reflecting an ideology or a religion. That’s not ­something I would entertain, so if that is why I am your choice then you can count me out.’ But that was clearly not his vision. So he’s a very different kind of terrorist.”

“It’s another extremely clever script from the people who have figured out exactly what people want in those movies,” he added. “But I feel a substantial weight on my shoulders. I mean, Bond is ­something that we all grow up with.”

It’s important that Malek have these conditions, and even more important that they be respected. In 2019, casting a famous actor to play an Islamophobic stereotype in a major release isn’t just ignorant but downright harmful. Malek is an immensely talented actor with both an Emmy and an Oscar. He should be considered on the merits of his talent, not because of his heritage.

It’s also just not a good look for a film to rely on dated stereotypes of a Muslim terrorist when most terrorists nowadays are white men who are neo-Nazis or who belong to the alt-right. A “different kind” of terrorist would be an interesting look for the film, and freshen up the usual spy narrative, and it will give Malek more to do than just play a role that would be harmful.

Bond, as a whole, should move beyond the problematic nature of the original films. To know that Malek’s villain won’t be a complete stereotype is somewhat relieving, especially since everything else has been kept under wraps. At least we can sleep easier knowing that Malek is not offended by his role. How the final product turns out remains to be seen, but if Malek is happy, we can maybe rest slightly easier.