Geeky Signs from the Rally to Restore Sanity 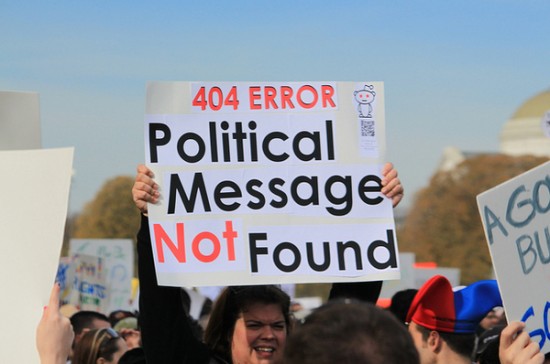 This past weekend’s Rally to Restore Sanity/March to Keep Fear Alive may have had the highest geekiness quotient of any political rally in history, and as such, the signs people carried did not disappoint, with computing and geek culture references galore. Also, apparently some of the rally attendees were not fond of Sarah Palin/Glenn Beck/Fox News/etc.

We were planning on unveiling an ultra-comprehensive roundup of signs from the Jon Stewart– and Stephen Colbert-orchestrated rallies, but BuzzFeed did a bang-up job of that already; definitely check out their roundup of 100 (!) signs from the Rally to Restore Sanity and March to Keep Fear Alive. (Though if you’re conservative, prepare to be offended!)

Just a few of our favorite geeky signs below: 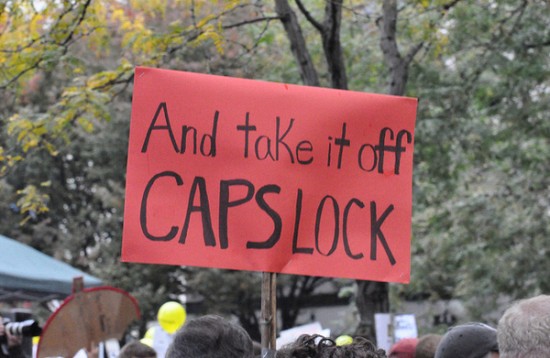 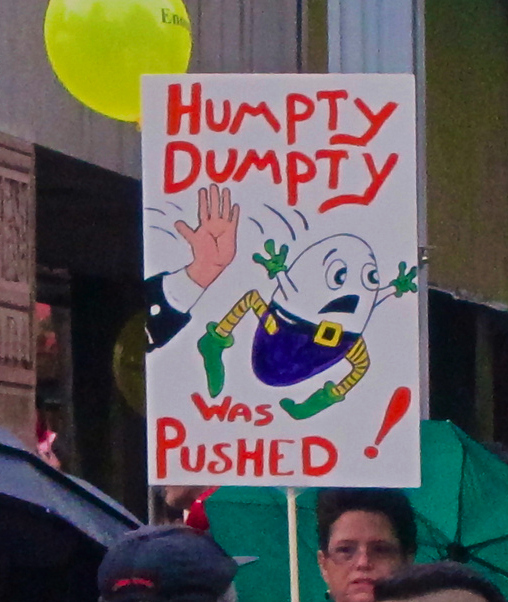 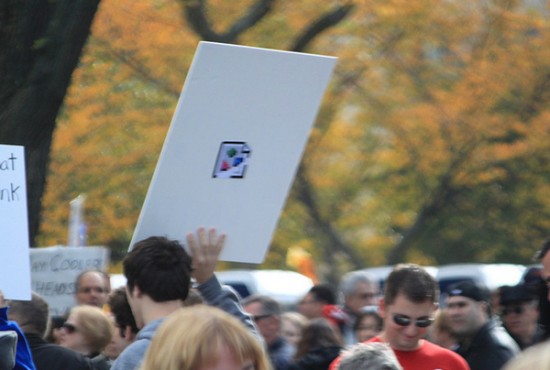 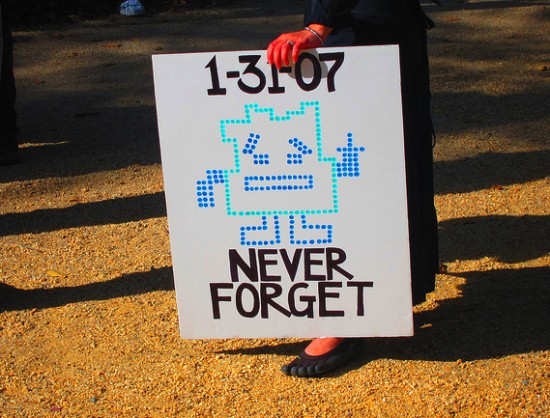 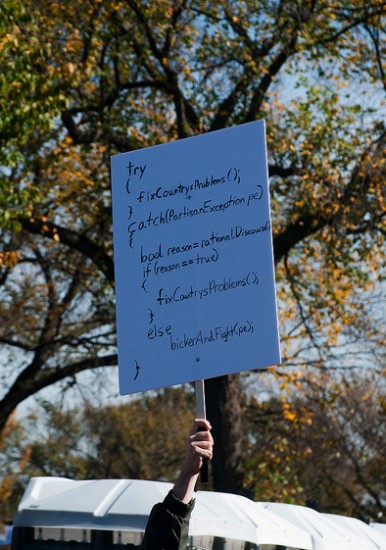 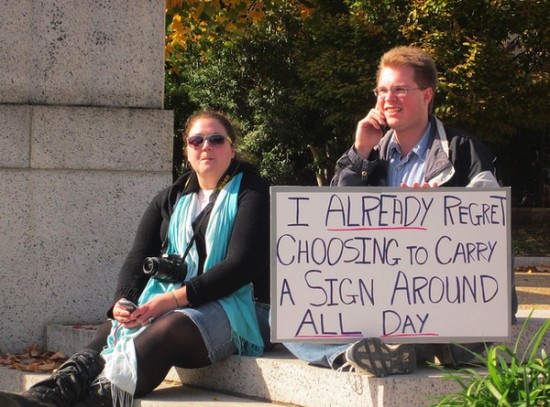