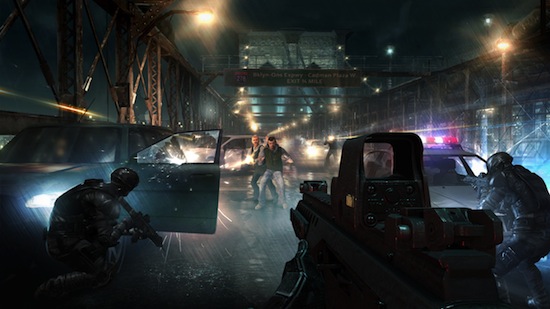 A group of U.S. soldiers who formed a para-military group planning to perform terrorist acts as a means of inciting hypervigilance and rallying support for the military were apparently inspired by Rainbow Six: Patriots, according to a prosecutor trying members of the group for murder.

Calling themselves “Forever Enduring Always Ready” (F.E.A.R.), the group’s members were current and former soldiers stationed at Fort Stewart in Georgia. F.E.A.R. was stockpiling weapons, ammo, and explosives and were planning a series of attacks on U.S. soil, including an attack on Fort Stewart, bombing the Forsyth Park fountain in Savannah, GA, and destroying a dam in Washington state. Their ultimate goal was the assassination of the president and to overthrow of the U.S. government.

Patriots, an upcoming entry in Rainbow Six franchise, is on track to hit store shelves in 2013. The game’s story revolves around a group of American soldiers-turned-terrorists who attack the U.S. to inspire patriotism through fear: In the game, players control Rainbow Six and are tasked with thwarting the terrorists’ attacks.

According to Georgia prosecutors, F.E.A.R. leader Pvt. Isaac Aguigui would show potential new members a magazine article about Patriots, if they agreed with the organization’s take on things, would be allowed to join the group. Aguigui supposedly called this process “the awakening.”

Aguigui, along with Pvt. Christopher Salmon, and Sgt. Anthony Peden, are currently being tried for the murder of former soldier Michael Roark, 19, and his 17-year-old girlfriend, Tiffany York. The prosecution believe that the group killed the pair because they believed the two had betrayed the organization.