Invasion of the Tanukis: Raccoon Dogs Spreading Throughout Europe

If you have to be invaded by a non-native species, it should always be one this adorable. 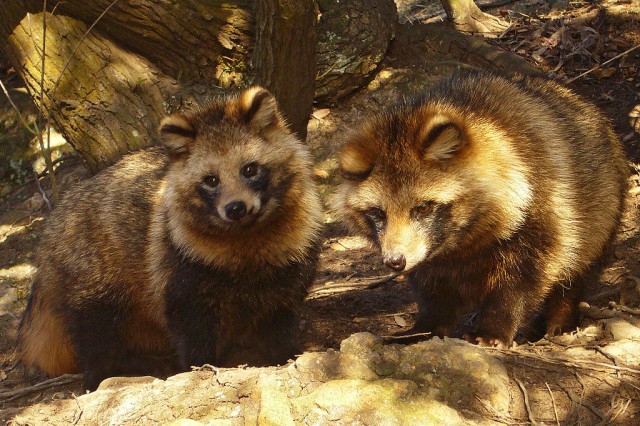 They can’t fly or turn into statues, but the creatures that inspired the magic suit that turned Mario into a killer raccoon from Japanese mythology are real, and they don’t need magic powers to invade Europe. Raccoon dogs — which despite their raccoon-like aesthetic are primitive canines and not related to the raccoon — are becoming more widespread throughout  Europe. Then again, it’s kind of hard to have a problem with an invasion by a creature this charming.

Native to Korea and Japan, raccoon dogs may be most familiar to many readers as the inspiration for the mythological tanuki, the magical raccoon made famous in Super Marios Bros. 3 — where the accepted spelling is apparently Tanooki? Okay, sure. Of course, raccoon dogs don’t have the powers ascribed to them by the game, nor do they boast the grotesquely over-sized testicles they were famed for in Japanese mythology, a facet of tanuki lore that was inexplicably scrubbed from the video game version.

What the furry, face-masked creatures do have is a great deal of adaptability. Their ability to live in a wide variety of environments — from forests to meadows to urban areas — has helped the raccoon dog population boom since they were introduced to Europe in the early 20th century. Initially brought to Europe by Russians who enjoyed hunting the creatures, raccoon dogs weren’t content to loaf there, and over the course of decades, they’ve expanded their range to include large swaths of Central Europe and even Scandinavian countries like Finland.

A new paper released this month in the Journal of Zoology traces the evolution of the raccoon dog from its roots in Asia, though, and suggests that we may have seen nothing yet as far as the tanukis spread. The paper suggests that populations of the animals dwindled sharply, only to explode when the ice sheets retreated at the end of the last ice age. Considering we’re not due for any more ice ages in the near future, and things are actively heating up in many parts of the world, we may have only seen the beginning of the raccoon dogs intercontinental adventure. There are worse fates, though — as far as invasive species go, we’ll always take ones you can cuddle with over ones you can’t. Looking at you, Asian carp. You know what you did.

(via New Scientist, image via Wikipedia)