We Have Big Questions About Apple TV Plus

Are Reese and Jen Worth It? 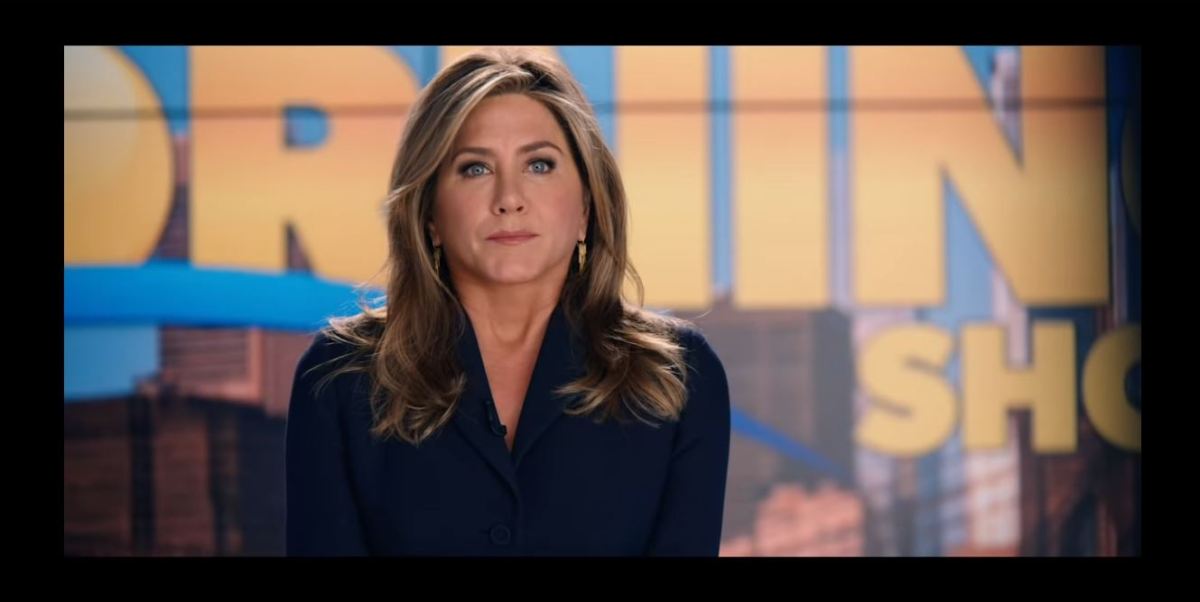 Earlier this week Apple treated their devotees to another glossy Apple Event where they unveiled a new (and very terrifying) iPhone and shared more details of their new streaming service, Apple TV Plus. The service will run users $5 a month, but you can get a year free when you buy a new Apple device. The streamer will boast some impressive new content, but unlike Disney+ or the forthcoming HBO Max, it won’t include any kind of back catalog. Which leads us to ask will Apple TV be worth it?

Apple TV is banking of big stars and serious prestige content to lure in subscribers. At the Apple Event, they debuted the first footage of The Morning Show, in conjunction with a flashy Entertainment Weekly cover touting stars Jennifer Aniston and a disconcertingly brunette Reese Witherspoon as a “power couple” but apparently they just mean as work wives. That’s a bummer because I would be way more interested in plopping down $5 a month to see Reese and Jen as power lesbians. The show is actually about the drama – both in front of and behind the cameras – of a national morning news/talk show, a la, Today. Here’s the trailer:

I’ll admit, this show looks great and I’m very interested in how it will handle MeToo and the way women are treated by the media and pitted against each other, especially with Times Up vanguard Witherspoon aboard. But I’m dubious of getting the service just for this. So what else is on offer?

Along with The Morning Show content, Apple also debuted the first real look at Jason Momoa’s post-apocalyptic drama See. It couldn’t be a bigger contrast to the soap-y, prestige drama of The Morning Show, proving that Apple is in the game to gain viewers from all demographics. While The Morning Show looks like Emmy-bait, See looks dark, violent and potentially very problematic.

Yes, you understood right. This series is set in a future where all humans have lost the power of sight, so everyone is blind except for Momoa’s children. It’s basically Waterworld but with a disability (Yikes?). As far as I can tell, none of the leads of the show are actually blind, and I have yet to find any documentation about if or how actual blind people were consulted or even considered for the show. (YIKES!). We have a lot of questions about this series and hope it’s not as icky as it seems. Then again, no one is really talking about it, so it might not get enough viewers to offend people?

We’ve already seen trailers and talked about Dickinson, the period comedy which seeks to check yet another box. And we know that Apple TV Plus will also feature content from Oprah, Steven Spielberg. Also given a trailer at the event: Battlestar Galactica mastermind Ron Moore’s new alternate history drama For All Mankind.

That’s a lot of new content, and the rumors that Apple TV Plus will also be rebooting Ghostwriter, a staple of many a nineties kids’ afternoons is intriguing. However, this version is less about reading for fun and more about catching escaped fictional characters. But I still don’t know if Apple TV Plus (gosh, that’s an unwieldy name) is worth the cost, even with all these names and ideas.

Even services that have limited new content, like DCUniverse, come with an extensive catalogue of other stuff to explore. That, plus outstanding shows like Doom Patrol, are enough to get me to recommend DCU if you’re into comics. But fans of great TV can also just buy DC Universe shows on iTunes at a certain point (and again, you should if you haven’t seen Doom Patrol) but we don’t know if this Apple TV Plus  will put out it’s shows ala carte. Some of the new offerings look great, some look meh, but even with Aniston in the mix, I don’t know if it’s must see TV simply because there’s  already so much other great television out there that doesn’t cost an extra $5 a month.

What are your thoughts on Apple TV Plus?