The New iPhone’s Design Is Terrifying People With “Trypophobia,” or Fear of Holes 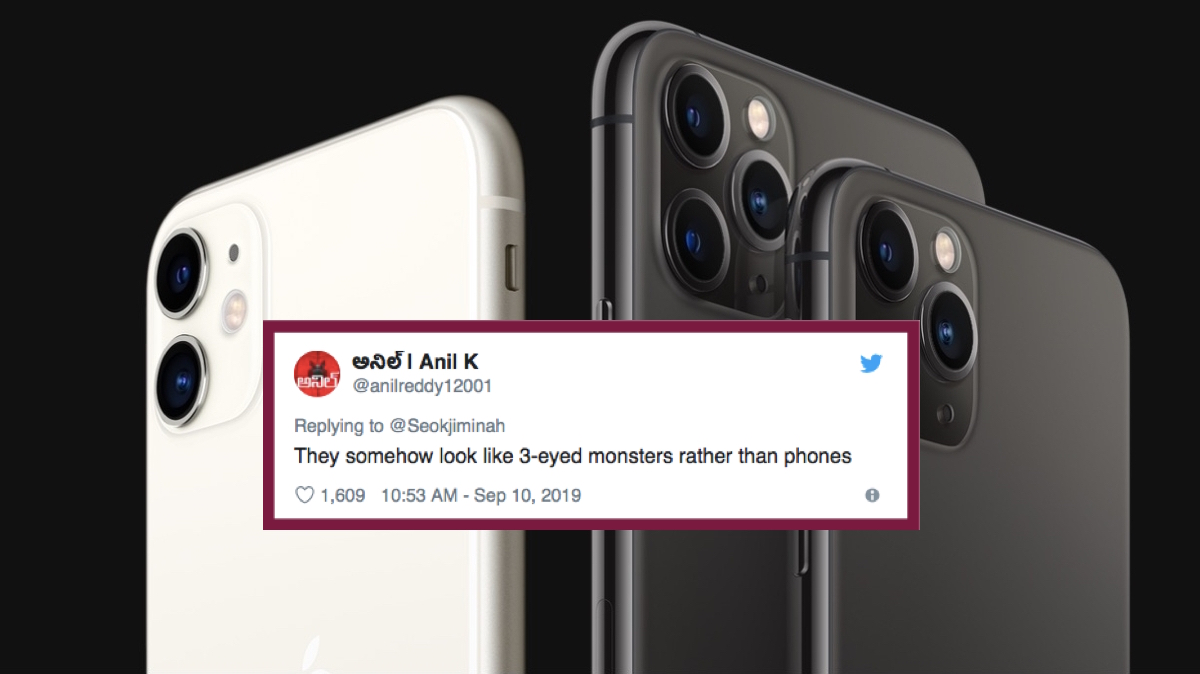 Apple’s newly announced line of iPhone 11 Pro and Pro Max iPhones feature a whole lot of cameras. There are three cameras gathered close on the back, and the design launched a wave of social media reactions from people who suffer from “trypophobia,” or the fear of holes, especially holes that are clustered together.

And the iPhone 11 isn’t all. The iPhone 11 Pro is here too, and it’s equipped with not one, not two, but three cameras. Wide, Ultra Wide, and Telephoto. https://t.co/iQ4zXploiP #AppleEvent pic.twitter.com/2YWx1v5HM3

I first learned about trypophobia when I worked on a content abuse moderation team years ago. People would report otherwise innocuous photos—honeycombs, lead pipes, lotus seed pods—as triggering. Many of the pictures had been purposefully put there for just such triggering purposes; such is the cruel nature of the Internet—but though I was sympathetic, I couldn’t remove the content, since it was not technically in violation of any policies or terms of service. Still, to people with trypophobia, it’s very real, and very upsetting, to stumble upon this stuff when they least expected it.

They somehow look like 3-eyed monsters rather than phones

It appears that thousands of people were discomfited when Apple’s announcement blasted images of its new phones around the world on Tuesday. The three-camera cluster, which is available on the iPhone 11 Pro and Max, set off a wave of Twitter responses. (The standard iPhone 11 has two prominent cameras, but not the three that appear to be causing the most distress.)

According to an article and analysis by Arnold J Wilkins, Professor of Psychology at the University of Essex, and An Trong Dinh Le, PhD Candidate at the University of Essex, though trypophobia is not a recognized medical condition, the rise of online connectivity has allowed sufferers to share their symptoms and give the phobia a name. Like many phobias, the reaction may seem outsize to non-sufferers, but that does not make it any less horrifying to the people who experience it.

The analysis goes on to suggest that people who are trypophobic, and those of us who do not identify as such but still find the images unsettling (I hate that camera cluster design), are being subject to what’s essentially brain math: “Images with these mathematical properties cannot be processed efficiently by the brain and therefore require more brain oxygenation.” So we avoid looking at them, which causes yet more distress.

In the case of trypophobia, there is no obvious threat, and the range of images that induce the phobia have very little in common with one another, other than their configuration.

It appears that it is this configuration that holds the key to the emotion that the images induce. Individuals who do not profess trypophobia still find trypophobic images aversive, although they do not experience the emotion. They do so because the configuration gives the image mathematical properties that are shared by most images that cause visual discomfort, eyestrain or headache.

if this is real, people with trypophobia are going to have a rough time #AppleEvent pic.twitter.com/LWPJQA83Z8

This avoidant reaction is likely an evolutionary mechanism to make our brains dodge certain things—and thus the image of things—that could be potentially dangerous if we encountered them. You don’t want to run toward something that’s moldering or festering, for example. Best to avoid:

Images of mould and skin lesions have mathematical properties similar to those of images that are trypophobic and our current work explores whether they also induce a large oxygenation of the brain in addition to being generally uncomfortable. Perhaps discomfort is a useful mechanism not only for avoiding excessive oxygenation, but also for rapidly avoiding objects that provide a threat in terms of contamination. It may be that in people with trypophobia, the mechanism is overworking.

The reality for many people is that the iPhone camera designs are disturbing, if not outright triggering and panic-inducing. It’s strange that Apple, with what must be some of the most comprehensive product design and testing in the business, wouldn’t have sought some way to avoid this. Not that Apple is bound to suffer great losses, but you don’t want the launch of a new edition of your flagship property to be dominated by chatter about how upsetting the design is.

What will happen when these cameras are everywhere, being pointed at people and turned around for selfies?

3 cameras on the new iPhone actually triggers my trypophobia. I can’t have people walking around me with those cameras every day 🥺🤢