Meet the Women on the Front Lines of Comics’ Queer Revolution

A sitrep from the War on Heteronormativity. 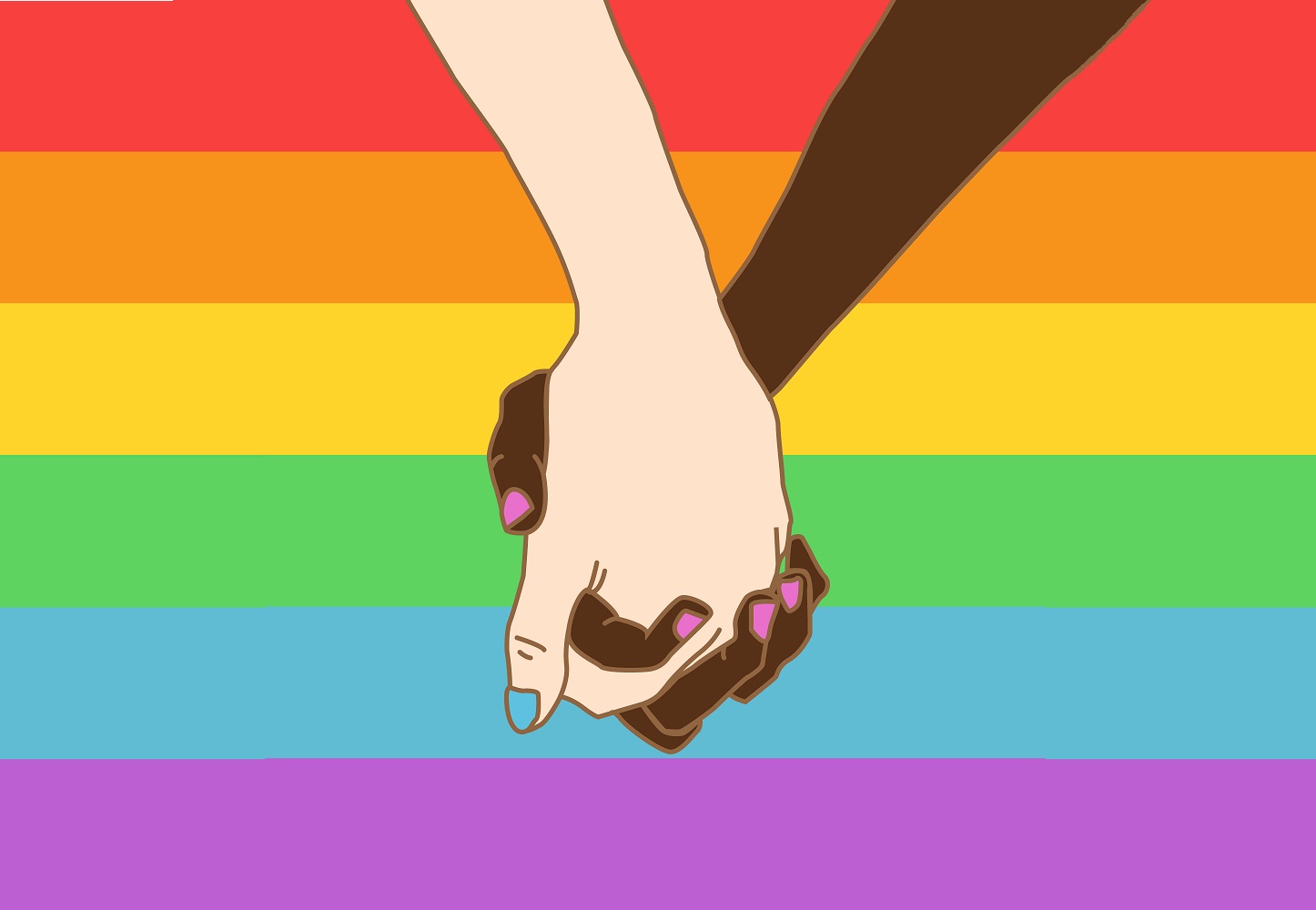 I am a queer woman in comics.

I work at a comic store. I read over one hundred comics a month. I follow artists and writers on Tumblr. I even have the inevitable comic strip that the world may or may not ever see. Comic books are a part of my life in some way every day.

Yet at the same time, comics are a world in which I’m not always sure I’m welcome. As a child I used to play a game where I would walk around my local comic shop and see how long I could go without seeing an image of a sexualized woman. It was never more than a few seconds. This both thrilled me for reasons my pre-pubescent, still-closeted mind couldn’t comprehend yet and convinced me that comics weren’t for me. These weren’t stories, these were excuses to show barely concealed breasts. I wanted heroes. I wanted better.

Luckily, things have gotten better, at least to a certain extent. Queer women now have an obvious and growing place in comics, both on the page and in the industry. What is that place though? How are we making it and how far do we still have to go? Several queer creators and other women in the comics industry gave me their perspectives on the issue.

Megan Gedris, creator of Yu+Me Dream and Meaty Yogurt, spoke about why she includes queer characters in her stories:

I’m queer. I know a bunch of other queer people. We all have interesting stories that haven’t been told time and time again. I’m a storyteller, doing my best to create interesting characters who aren’t just recycled from worn out archetypes. And then just from a business standpoint, queer people are so itchy to see people like ourselves in stories, so it actually has been a huge boon for my career to create such characters. I’m in the business of making entertaining comics. Including queer characters makes my comics both interesting and appealing to people who want to give me money for it.

For Sophie Campbell, creator of Wet Moon, Shadoweyes, and artist for Jem and the Holograms, her frequent use of queer main characters is more of a blend of a natural choice and a sense of responsibility.

I’ve always had queer characters and I can’t see myself ever having a straight main character, pretty much every character in my creator-owned work is queer and I was doing that long before I was ever thinking about social responsibility, so I think it’s more that I do feel responsibility but it’s more for how the characters are portrayed rather than responsibility to include certain types of characters.

I’ve thought about this a lot particularly regarding transgender characters, though, like asking myself if I have a duty to do that specifically because I’m moderately high-profile trans creator. With great power comes great responsibility and all that, haha. I do feel that on some level but I’m also afraid of it because I make mistakes like anyone, and creating trans characters for me is like walking on eggshells because any criticism I might get for how I portray them is too close to home…So I’m still trying to find the line between responsibility and my own personal desires and feelings. In any case, the responsibility thing is something I struggle with all the time.

Of course it’s great when queer women get to write our own stories, but what about the straight, cisgender people (mostly men) who have always run the majority of the industry? What’s their status when it comes to writing queer characters? Is it even a good idea for them to do so? Campbell pointed out that it’s a delicate issue:

I usually prefer queer characters to be written by queer creators and trans characters by trans creators, but I’m always open to straight and cis people writing them. It all depends on the person and the character. I love encouraging people to write them but a straight/cis/etc. person writing them kind of makes me involuntarily put my hackles up, like I’m on guard waiting for something to happen.

From personal experience I know that the fear of stereotypical writing and invalidation is all too justified. I felt it when Batwoman was no longer allowed to marry her girlfriend, when The Guild had Felicia Day’s character catch her boyfriend cheating on her with a man out of nowhere, and when Jean Grey told Iceman that he was most definitely gay and not straight or bi. We may be in an era of unprecedented social change, but even well-meaning allies can make painful missteps. Hope is a thing we have to grow cautiously.

Gedris’ perspective is that it’s both a practical and emotional issue:

I used to maintain a sort of educational site about writing queer characters, and I outlined a lot of specific things I wanted to see happen more or less. I got so many people writing to me, asking if this or that specific thing they wanted to write was okay, and I began to realize that the specifics don’t really matter so much as that people are willing to try. I just want to see more people try. I want to see more people be less afraid of failing because even I make mistakes writing other types of queer people than myself, and you can’t let that fear hold you back. We’re gonna screw it up sometimes, and we have to keep trying anyway. That’s how we get better, that’s how we learn.

I asked all the women I spoke to about what queer books and characters they recommend right now. They brought up a wide range of titles created by people of all sorts of identities and orientations. They mentioned Lumberjanes and Saga, Jem and Zodiac Starforce, Supermutant Magic Academy, Smut Peddler, Fresh Romance, Runaways, and even Teenage Mutant Ninja Turtles.

What made me even happier was knowing that there were even more titles they hadn’t mentioned, maybe even ones they didn’t know about. I never hear anyone mention how queer DC Comics Bombshells is, or the delight of Raven: the Princess Pirate. There’s Gunnerkrigg Court and Shutter and Clean Room, each representing a very different kind of story but all containing queer women.

When it comes to queer representations in comics there are clearly a lot of options!

For those who know where to look.

And focus their lives on comics.

And have gone through so many bad stories that they’ve now fine-tuned want to a precise checklist.

Or I suppose you could just rely on luck. Sadly, not everyone has an enthusiastic and informed comic seller nearby.

It’s a frustration shared by other women who sell comics. Megan Rae Jordan of Atlantis Fantasyworld in California had this to say:

Publishers and creators that avoid representing every day queer characters in popular comics are perpetuating a culture in which non-heterosexual relationships are viewed as “other”, which neglects a huge faction of comic readership and avoids an accurate, healthy reflection of our ever-changing social climate…No one should have to hunt for comics that reflect and validate their experiences.

So then what do we come back to? The same old refrain of “we have some things but need far more”? That vague and desperate urge to just see more change in one of the many industries that always seems to move at a glacial pace? Today I saw a man tell his son he couldn’t have a Powerpuff Girls comic because it was “for girls.” In moments like that it’s hard to imagine a comic like Lumberjanes even existing, let alone inspiring other titles filled with queer characters.

What gives me hope are the other customers, the ones that not only don’t mind that Thor is a woman now, but are thrilled about it, the ones who ask me to recommend any titles with lesbians and I say “What genre?” My heart beats faster when someone comes up to me, looking nervous and dancing around actually saying the word “transgender,” and then I’m able to make them smile when I have multiple titles to recommend to them.

Yes, the list of queer comics and creators is still much too short. We need more trans characters and bi characters and ace characters. We need non-binary creators who get a chance to show their life experience with a cape added on. There is still so much left to do.

But I also guarantee that change is in the air. Good queer characters and, to a lesser extent, good queer creators are getting their voices heard. Not only that, but the voices are carrying. Slowly but surely, these queer women of comics are becoming the heroes we always needed.

Alex Townsend is freelance writer, a cool person, and really into genderstudies and superheroes. It’s a magical day when all these things come together. You can follow her on her tumblr and see her comments on silver age comics. Happy reading!