An Open Letter to the Cis White Men Who Run Comics

It's time we had a talk. 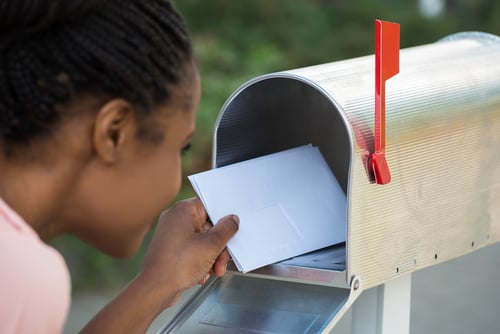 Let’s have a talk, shall we?

We’ve known each other for a while now. Ever since I gingerly picked up the first issue of Ms Marvel in a crowded bookshop, I knew I was in love. Comics were an escape from a world that routinely tells me that I’m less than, that I’m not as valuable, that I’m not powerful in my own way. That’s why I cling so strongly to superheroes: they defy obstacles and danger to create a better world. And they inspire me to push on, and become stronger too.

But here’s the rub: for me to accept my love for superhero comics meant suppressing my desire to see myself reflected on it. The few Black female super heroines that I could find were largely marginalized and highly obscured, but never quite seemed to make it into the forefront of coins popularity quite like others. Saving the day was often quietly reserved for cisgender white men, and even if I compartmentalized my identity into just wanting to see someone Black or a woman, it still wasn’t enough.

As much as I love comics and what superhero stories stand for, I can’t be silent any longer on a particular issue I have. It’s far past time to let women, people of color, and other marginalized creators have a voice on par with all the straight, white cis men.

I fell in love with the message that anyone can hold great power and be enough to save the day. But as I dove deeper into superhero comics, I found that there was so much contradictory action behind that message. Major publishing companies lack any kind of meaningful representation on a broad scale. And the ones that are chosen, over and over, to write and direct these stories that mean so much to me look nothing like me, a woman of color. In fact, I often feel like they detest people like me, by the way that they treat us on the page and behind the scenes.

I hate that an industry with which I connected long ago has turned out to be one that supports violence, misogyny, racism, sexism and general oppression as its status quo. We deserve better. There are fans, creators, artists and writers that are dying for a chance to tell their stories. And we deserve that chance. That power shouldn’t stay in the hands of those who routinely abuse it.

But what makes it important that I speak up now? From the introduction of Riri Williams, another Black girl who will be written by a white man, to the abuse of Leslie Jones on Twitter and the continued treatment of female and creators of color at both DC and Marvel, it’s clear that nerdy spaces which so many of us love don’t love us back. So what spaces are left for us to create and get the recognition, support, and community that we deserve?

Sure, we have webcomics and indie comics to move this forward. But that’s not enough. From young children of color to adult fans who are seeing themselves represented on the page for the first time, we are far from done when it comes to having proper representation and diversity in the mainstream American comics industry. It’s time for you to step down, gatekeepers. It’s time for the rest of us to occupy the spotlight.

Signed,
One Very Fed Up Fangirl