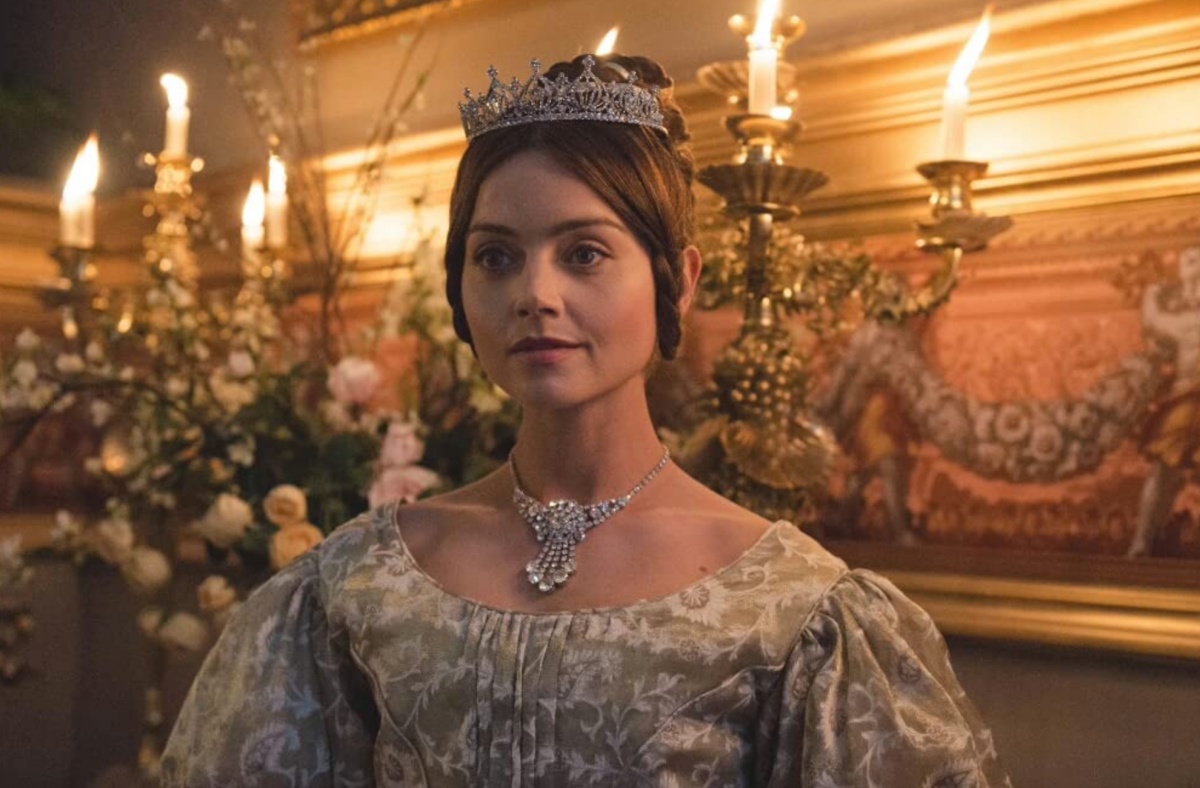 Part of what makes the reign of Queen Victoria continuously ripe for interrogation is both its longevity, the smattering of romantic tragedy attached to her, and the many historical developments that happened during her reign. While I was binge-watching the PBS series Victoria, I started going into several mini-deep dives into the Victorian era and its impact and found something oddly festive: the popularity of the Christmas tree.

Now, the lighting of a symbolic “Christmas tree” existed for a long time, in many forms, with its modern form having originated in medieval Germany. However, the idea first came to England through the influence of Victoria’s own German princess mother, Princess Victoria of Saxe-Coburg-Saalfeld. It would then be the other important German in her life, husband and consort Prince Albert, who brought them into the mainstream in 1848.

As a piece in Town & Country explains, “The prince sent decorated trees to schools and army barracks around Windsor, but it was likely a visual that made British citizens tree-crazy.” That, coupled with an engraving published in 1848’s Illustrated London News featuring the royal family decorating a tree, helped make it a key part of how the middle class, and eventually others, would celebrate Christmas.

In her personal life, Christmas was, during her marriage, a festive time for Victoria. Both she and Albert did not always have the best childhoods, and so the holidays became a time for both of them to actually enjoy and create moments for each other. In her journals, Victoria once wrote about the holiday:

“Christmas, I always look upon as a most dear happy time, also for Albert, who enjoyed it naturally still more in his happy home, which mine, certainly, as a child, was not. It is a pleasure to have this blessed festival associated with one’s happiest days. The very smell of the Christmas Trees of pleasant memories. To think, we have already 2 Children now, & one who already enjoys the sight, — it seems like a dream.”

But that dream would turn bittersweet when Albert died on December 14th, 1861, just a week before Christmas.

As Victoria is most infamous for, she entered a period of mourning after her husband died, never remarrying. Considering her long life, she became more known for her life as a widow than before, which is part of what makes Victoria such a fun watch. The Victorian era was shaped by its queen, but so much of who she was as a young queen, and mother of eight, is still underdeveloped, so it was fun as I bundled under my covers to see so much more of her story and to watch the Christmas traditions we know and love start to emerge.

But as always, it is good to do some independent research and not just turn people into girlbosses! That’s what miniseries are for.