The Queen May Have Trolled Trump Through Jewelry 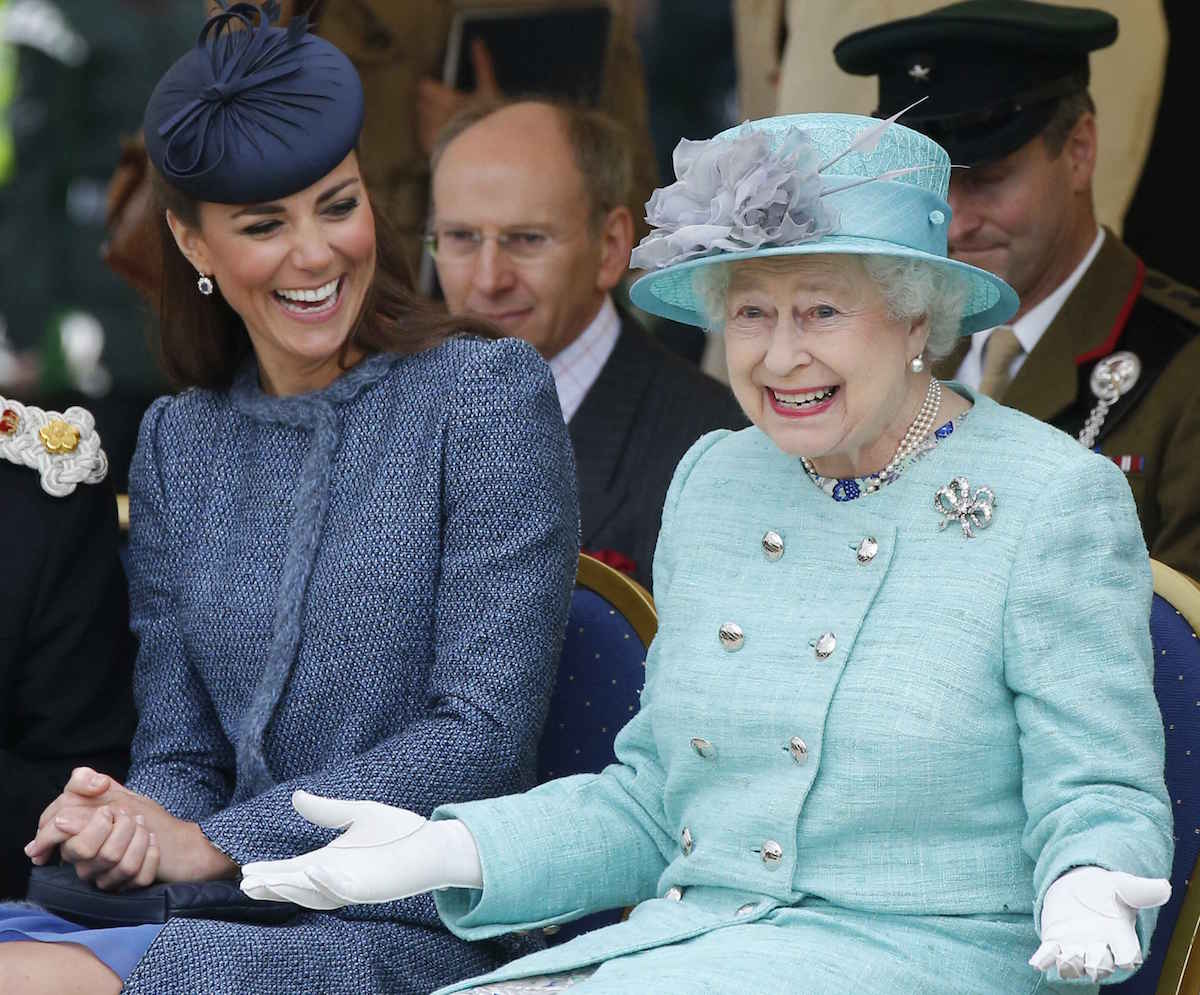 Last week, Donald Trump met Queen Elizabeth. You’ve likely seen the video of Trump forgetting how walking works, stopping abruptly in front of the Queen, refusing to let her pass him, and just being a general all-around embarrassment. (All after being late to their meeting.)

Look, I’m no monarchist. The strongest feelings I can usually muster about the royals is “I like their hats.” But seeing Trump being so disrespectful towards the Queen (who is, after all, a head of state and a 92-year-old woman) stirred up a long of strong emotions.

No, you don’t have to support the monarchy to feel outrage and embarrassment at Trump. You also don’t have to be a monarchist to get some joy out this explanation of how Elizabeth may have been trolling Trump through clever use of accessories.

Queen Elizabeth is a big fan of brooches. Her collection of them is massive, and their usage is not arbitrary. She wears specific military brooches when meeting with that battalion. When meeting with a foreign leader or dignitary, she’ll wear a brooch they had previously given her as a gift. (She gets a lot of brooches as gifts.)  These brooches have meanings.

So as intrepid Twitter user @SamuraiKnitter noted (crediting the astute but non-political site From Her Majesty’s Jewel Vault), the Queen’s choice of brooches to wear during Trump’s visit were intriguing and potentially hilarious.

On Trump’s arrival day, she wore a simple moss agate brooch that FHMJV notes was “a big surprise” because “it’s not really Her Maj’s style.” That brooch, though, was a gift from Barack and Michelle Obama in 2011.

That by itself is amusing enough. She wore a brooch the Obamas gave her. But it gets better. It’s not AN American brooch, any would be funny. She chose THIS ONE. This one was purchased out-of-pocket by Michelle and Barack Obama and given to her as a personal gift.

And since the Obamas are Really Good At This Subtle Thing too, they chose a very modest pin made of very modest materials. The message is “Here is a gift of something you like, with only sentimental value because it’s for friendship not state visits.”

The US has given QE jewelry before over the years and I bet her dresser could put hands on any and all of it given five minutes. But she chose the most SENTIMENTAL piece in the collection, the one that was given OUT OF FRIENDSHIP WITH THE OBAMAS AS PEOPLE.

I absolutely love that the Queen is trolling Trump through fashion. (There were even more meanings in her other brooches. Check out @SamuraiKnitter’s full thread for the rest.) What makes it even better is that I am 100% a believer of the theory that Melania Trump also does this on the regular, but she’s nowhere near as deft.

There’s been a lot of speculation about many of Melania Trump’s outfits. Was her white State of the Union ensemble a nod to Hillary Clinton, meant to troll her husband? And what the hell was she trying to say with that distasteful “I really don’t care” jacket worn to visit immigrant children in detention centers.

My favorite Trump fashion pseudo-conspiracy theory, though, is how she seems to use clothing as a deflection. There are plenty of people who dismiss this as impossible. I think they’re being naive. I also assume they’ve never watched The Bold Type.

There’s an episode from season one of The Bold Type–a stellar show, if you’ve never given it a shot–in which young journalist Jane notices a correlation between a congresswoman’s odd outfits and her voting record. Every time the woman has to make an unpopular announcement or vote, she wears a mockable outfit. And as planned, the press focuses more on her awful taste in clothing than her actions.

Think about Melania Trump’s stilettos when boarding a plane to Puerto Rico following Hurricane Maria. Never mind that she had changed into sneakers by the time the plane landed. People were talking more about her shoes than about her husband’s lack of action, while also being able to dismiss the whole ordeal as yet another example of “liberal outrage.”

There was that horrible puffy pink dress she wore to talk to the UN about cyberbullying. She was mocked mercilessly online, allowing her supporters to once again condemn those teasing her for being bullies themselves, and the overall emptiness of her message was ignored.

And, of course, there was that awful jacket. The notion that Melania might be flaunting her indifference certainly took a lot of heat off of the very active harm Trump himself was doing to those immigrant and refugee families.

You cannot convince me that Melania Trump doesn’t weaponize her closet. But when it comes to sending political messages through fashion, she’s no Queen Elizabeth, that’s for damn sure.