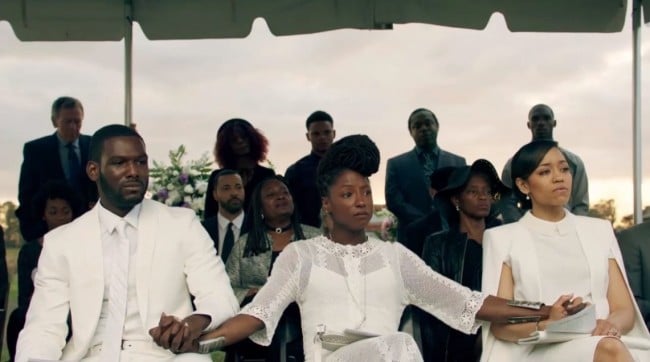 We’re huge fans of Ava DuVernay over here, and are thrilled that she’s bringing her considerable writing and directing skills to television with OWN’s Queen Sugar, a female-led, majority-black story based on Natalie Baszile’s 2014 novel of the same name.

Set in contemporary Louisiana, Queen Sugar is a family drama that tells the story of a group of siblings that inherit a sugarcane farm. The show stars True Blood‘s Rutina Wesley, is being produced by Oprah Winfrey, and will be the only show to ever have been helmed entirely by female directors, most of whom have never directed television before.

According to an interview with The Hollywood Reporter, DuVernay understands how important being offered that first opportunity is. After all, her first television job was a 2013 episode of ABC’s Scandal, and after that, offers to direct came pouring in. She considers that opportunity the turning point in her career and wants to extend chances like that to other women saying, “I know what one episode of television can do for someone who hasn’t had it before.” She also believes that television offers more opportunities for risk-taking in storytelling. “Television is where I’m seeing brave storytelling,” she says. “Certainly I’m seeing the most inclusive storytelling.”

That’s the thing about Queen Sugar; in addition to being an amazing home for nurturing and showcasing female directorial talent, DuVernay also aims to shift what people think of when they think of “black shows.” Currently, shows like Empire, Scandal and Power dominate, but they do so with a lot of melodrama, histrionics, and bravado. DuVernay is concerned, but ultimately hopeful about how her show will be received by comparison, comparing Queen Sugar to slow-burn shows like Mad Men and Six Feet Under.

She says, “I don’t know how this is going to be received in the context of current shows with African-American protagonists. We’re just watching these women, and that’s fantastic. But will that be allowed for black characters?”

Well, we’re going to have plenty of time to find out. Queen Sugar has already been given an early renewal for Season 2. The show is set to premiere on OWN September 6th.