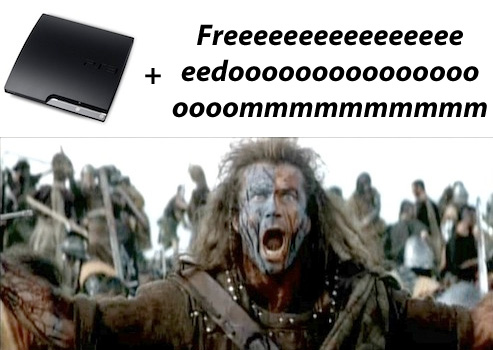 Federal Magistrate Joseph Sperohas allowed Sony to demand information related to the internet activities of George Hotz, the hacker that published tools allowing users to jailbreak their PlayStation 3 consoles. Sony’s suit against Hotz is based around the Digital Millenium Copyright Act, which prohibits sharing information to disable copy-protection systems. Their argument hinges mostly on how the jailbreak gave PS3 users allows the use of pirated games, though it can also be used to simply gain full control over the console.

In a somewhat shifty move, the subpeona’s also request information about people who visited Hotz’s site and downloaded the jailbreaking program. Apparently this is to determine the distribution Hotz’s program has received. It’s also being used to determine where the trial will be held. From Wired:

[…] a jurisdictional argument over whether Sony must sue Hotz in his home state of New Jersey rather than in San Francisco, which Sony would prefer. Sony said the server logs would demonstrate that many of those who downloaded Hotz’s hack reside in Northern California — thus making San Francisco a proper venue for the case.

Sony has also requested visitor and download information from Hotz’s webhsot Bluehost, from Google about visitor’s to Hotz’s blog, and also to from YouTube about viewers of the jailbreaking videos. His twitter account is also a target of the investigation. It’s difficult to ignore the ominous overtones of requesting such information, which will likely make those that have downloaded Hotz’s tools squirm a bit. As of now, there is no direct indication that Sony will use the information for anything other than the Hotz case.

Until the hearing begins next month, the ball is more or less in the court of the companies receiving subpoenas and web-privacy advocates. In some cases, companies have fought against such requests — such as Twitter’s resistance to reveal information about an Icelandic member of parliament associated with Wikileaks. The Electronic Frontier Foundation has already complained about the subpoenas, which appears to have been largely ignored by the courts.

There is certainly a fight of some kind brewing here, likely on web-privacy grounds. For the moment, however, it seems that proponents of open electronics and privacy advocates have lost this round.