Project Sword: This is Running on a Phone 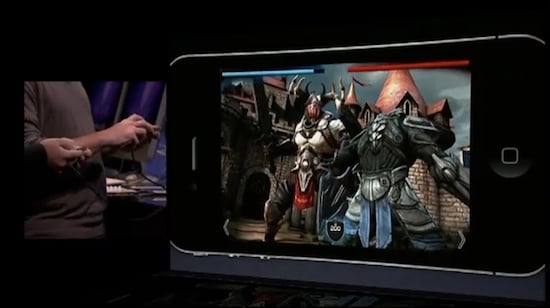 During Apple’s event yesterday, Donald Mustard and Mike Capps of Epic Games showed off currently codenamed Project Sword, the iPhone’s first game powered by the Unreal Engine. Check out the video of the demo below.

The demo featured a first- and third-person view in which armor-clad medieval characters try to murder each other via a single or multiplayer fighting game mechanic. Aside from medieval murder, the Epic guys showed off a segment where they explored a detailed medieval world in first person view. There weren’t really too many details divulged from Epic or seen in the demo other than, well, this thing is running on a phone.