What Is a Problematic Fave? 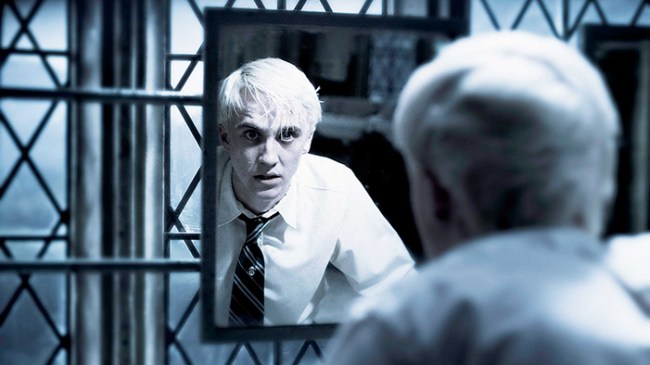 Much like Supreme Court Justice Potter Stewart and obscenity, we know a problematic fave when we see it, but actually nailing down a specific definition can be hard.

Overuse of a word always runs the risk of devaluing it, which makes exercises like the first question at New York Comic-Con’s “Let’s Talk About Our Problematic Faves” useful in recentering and refreshing the concept. Moderated by Diana M. Pho and featuring panelists Lara Elena Donnelly, Terence Taylor, and Mark Oshiro, I was pleasantly surprised by both the delightful panelists—go follow Taylor on Twitter right now, you will not regret it—and the introduction to affect theory it provided.

But first, the definition of a problematic fave. While I do agree with Taylor’s baseline definition that a problematic fave is something you have to recommend with a caveat—such as noting that Lovecraft is a big ol’ racist when recommending At the Mountains of Madness—Donnelly provided the best explanation by way of metaphor. Specifically, the metaphor of ice cream. Ice cream is delicious and easy to love, but eating ice cream all the time will leave you malnourished. This doesn’t mean you can’t have ice cream, of course, you just have to be upfront about what it is and incorporate it into a diverse diet. 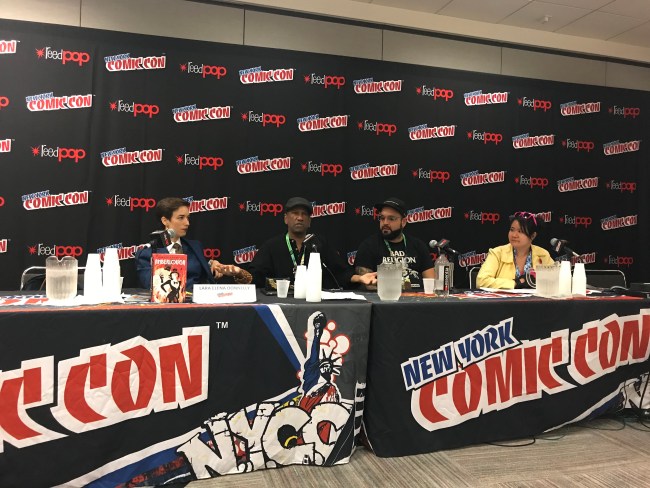 Which, when it comes to geek media, is easier said than done. You only have to look at the uproar surrounding the gender and racial diversity in Star Wars: The Force Awakens and Ghostbusters to see what happens when you try to add to a classic by expanding on it, and it only gets worse when it comes to media criticism. How do we account for these kinds of reactions?

Two words: affect theory. To explain, Pho introduced us to the work of theorist Sara Ahmed—specifically, her essay “Happy Objects,” collected in her 2010 book, The Promise of Happiness. In it, Ahmed posits that there are objects that make us happy. (They affect us, hence the name of the theory.)

When people organize themselves around those objects, they create “affective communities”—or, in this case, fandoms. Fandoms, at a base level, are connected by fans commonly recognizing a piece of media as good or enjoyable. Not only does it makes us happy, it can form a major part of our identities. I mean, just look at how House sorting has seeped so far into mainstream culture. (I’m a Hufflepuff for life, by the way.)

So when someone comes along and points out its flaws—an “affect alien,” per Ahmed—we can feel threatened. Ahmed uses the stereotype of the “feminist killjoy” as an example of this. It’s not just someone yucking on your yum. Someone else being unable to find happiness in your happy object, especially for unassailable reasons like, say, “this story says terrible things about women,” can feel like a commentary on your own enjoyment of it. That your happy object is completely unworthy or that you’re wrong or a bad person to enjoy it all. To go back to Donnelly’s metaphor, you feel like you’re not allowed to eat ice cream and that you’re a bad person for even wanting it at all.

But the thing is, many “affect aliens” aren’t aliens at all, but other members of the fandom the “aggravated” parties have had the privilege to ignore in the past. Affective communities have rapidly expanded in the age of tumblr, as the previous barriers to entry for fandom have all but vanished and the social media platforms we perform fan labor on do not allow us to build curated communities of fans. (The loss of community building and moderation as a skillset in fandom is another post for another time.)

As a result, fandom is now less homogenous and members have much more access to each each other, even if their perspectives on their shared happy object are totally different. This is why ship wars seem so much more common now; when you’re all working in the same tag, you have to deal with people who ship something you don’t like all the time.

The petty kneejerk impulse is to point the finger at the seeming affect alien and tell them they’re wrong and that their inability to derive happiness from your happy object is a personal failure—the slave bikini is actually empowering or shipping Zutara makes you a bad person. I’ve had that impulse, you’ve had that impulse, we’ve all had that impulse. But it’s important to not indulge that impulse in order to actually engage with your problematic fave in a meaningful and useful way. We and the media we consume will never change if we dismiss criticism or problematic media out of hand.

ha(Although, of course, this doesn’t mean that you are obligated to consume media you find offensive, don’t like, or doesn’t like you. Catch you never, C. S. Lewis.)

We all love things that are problematic. The way to deal with it, though, is to be able to step back and have a nuanced conversation about its pros and cons. For instance, I find empowerment in the queer characters on Gotham, but I’m also very upfront about how awful that show (and, to be honest, the entire Batman universe) is about mental illness. We live in very polarizing times, but both of those things can be true.

I am, at the end of the day, a ride or die reader response theorist (tl;dr: meaning is generated whenever a reader engages with a text, which means that everything is subjective), but I find affect theory a really interesting thing to add to my fandom framework toolkit. It explains why we behave the way we do when it comes to our problematic faves. And once that’s quantified and defined, we can understand it and improve.