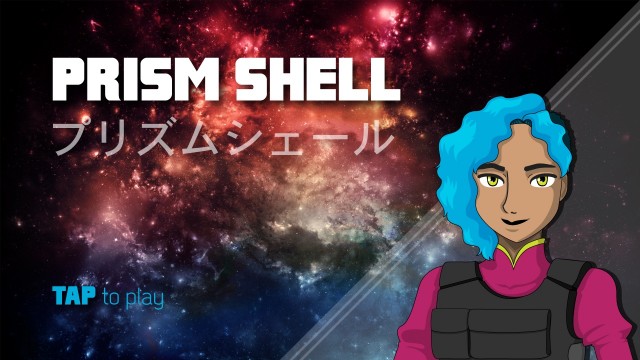 Prism Shell is a refreshing shoot em’ up game that is now available for your mobile devices. What this game delivers is pretty up-front—the trailer is transparent and clear-cut. A little bit after the introduction, the trailer silhouettes into a live gameplay, displaying a spaceship launching from one energized pad into another as hordes of alien brutes showers the player with their plasma gunk. That, to me, is as it should be.

Pausing at 0:51 seconds in the trailer, I see the main character. She’s a black woman with blue hair and green eyes, a captain of her own spaceship. Though the narrative is not fleshed out, I still appreciate the developer’s thoughtful design of the main protagonist. When I play games, I always look for diversity and how diversity is implemented, and the latter is often diluted. I have seen numerous accounts of diversity being used as filler for the sake of tokenizing a marginalized group or an individual in a video game. Prism Shell purposefully presents diversity in games by having a woman of color, Major Beretta, lead the story.

Major Beretta takes us to interstellar space to face packs of aliens. Humanity’s last hope lies in your hands, and having the speed and dexterity to shoot and dodge as many enemies as possible. The gameplay of Prism Shell is unlike any that I have experienced from most top-down space shooters. What makes it distinguished is its fixed movement. Tapping on energy pads controls the player’s maneuvers across the level. The nodes are like cells on a chessboard—pressing on a cell will direct the spaceship towards that cell’s position. This is not a freeform shooter, which makes it even more challenging, because dodging could be a bit tricky later down the line as the difficulty increases. 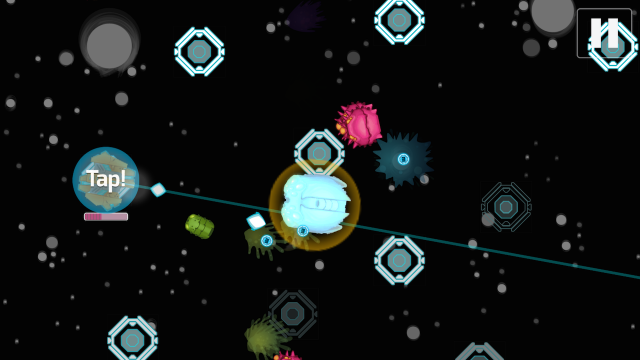 I survived up to the twenty-fifth round, and I plan on playing more so I can top that high score. Prism Shell has me mildly hooked, and that’s because its award system is generous. Even if you lose a match, you will still be granted with points that can go towards weapon and spaceship upgrades.

At the end of the day, even when my fingers are tapped out and I’m struggling to usurp my latest high score, the real challenge of Prism Shell is not playing the game but building it, and lead developer Catt Small tells it all. 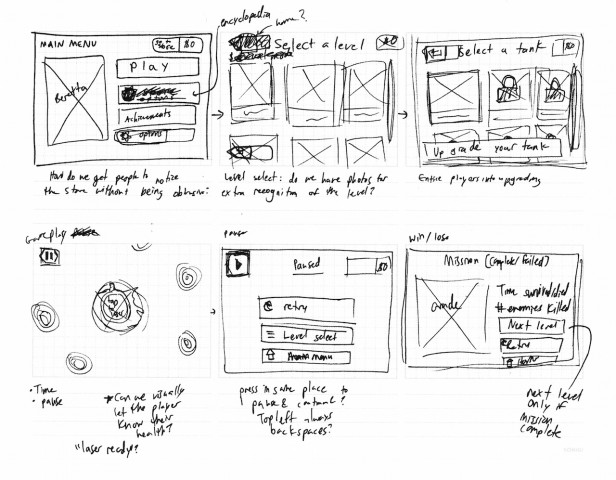 Kaira Villanueva (TMS): What were the biggest challenges that came up during the development process of Prism Shell? How did you resolve these obstacles?

Catt Small: The largest challenge we encountered was controlling the scale of the game. After building the initial prototype, we created a gigantic design document and planned to include multiple characters, different types of gameplay, and in-app purchases. In the end, we had to cut many features just to finish the game within a reasonable amount of time. The process was hard, but we were able to do it because we knew what the most important parts of Prism Shell were.

Another challenge was switching platforms in the middle of development. We previously decided to launch the game for a new mobile operating system that later shifted its focus to India rather than the United States. Gladly, our game engine also supported Android and iOS, so we were able to pivot after discussing our options.

Launching the game was also a challenge. We constantly wanted to add more to the game, to make it the best game it could be. However, we knew that we would never have enough time to build that version of the game without building a fan base and gaining financial support. So, we put the game into the world. The response has thankfully been very positive.​

TMS: Do all team members from Brooklyn Gamery contribute to both design and development, or are there specific roles for each member?

Catt Small: We all contribute to design and development, but we also have specific roles. Chris Algoo specializes in project management, music, and sound effects. Dennis Liaw specializes in programming and dabbles in art. I focus on user experience design, art, and marketing.

The nice thing is that because we all specialize in design and can program games, we can all jump into the code and make changes when needed. We’re a very collaborative group of people and switch roles with ease when necessary. In addition to our games work, we also work together to organize events centered on diversity and game development. We announce our events via our website’s mailing list, Facebook, and Twitter.

Games usually start off as ideas or prototypes from game jam—how did Prism Shell begin? Was it from a game jam or a late night debate on space shooters? Or maybe both?

Prism Shell started as a project for an overnight hackathon called Tizen DevLab & Hack. The game’s space theme was inspired by Aliens. It won second prize and was said to be the most polished game at the event. We decided to continue working on the game in order to submit it to an international contest, but when that didn’t pan out we continued working on it for a release to the general public.

TMS: What inspired the grid-like setup instead of a free roaming top-down shooter, and how did the implementation come together?

Catt Small: Chris wanted to combine spatial constraints, space shooters, and touch inputs. He was mulling over the idea before the hackathon and worked with Dennis to build the prototype during the event. I created the art assets and Chris created music, which Dennis then implemented in the game. The game’s core idea and functionality haven’t changed much since the initial iteration.

TMS: There are plenty of aspiring game developers today. What advice would you give them in their journey to building their own games?

Catt Small: Don’t expect the first iteration of your game to be perfect. There’s never enough time to work on your game. Test it a few times, refine it, drum up hype via social media and the press, and launch it as soon as possible. Make version two once people have something to talk about.

Prism Shell is available for iOS, Android, Mac, and Windows.