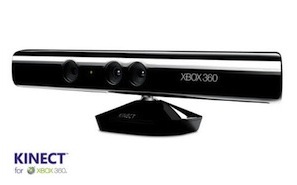 According to Kotaku reader Ken, he got his hands on the upcoming Kinectimals before its launch, and when he loaded it into his Xbox 360, the poor console became locked out of Xbox Live through a series of silly and unfortunate events. As Ken explains over on Kotaku:

“Just a word of warning that if you receive an Xbox Kinect game early and perform the title update, it will also update your console to the new dashboard. Unfortunately, the update isn’t the newest version, and every time you try to sign into Live it will try to update to a version that does not exist on the server. Since you can’t connect to Live without the newest version, the system will be locked out until the update goes on the servers.”

Kinect is set to launch November 4th, so any user afflicted by the terrible blight of an Xbox Liveless existence probably won’t have to wait very long for the proper updates to release and reconnect the afflicted to their short-lost Xbox Live love.