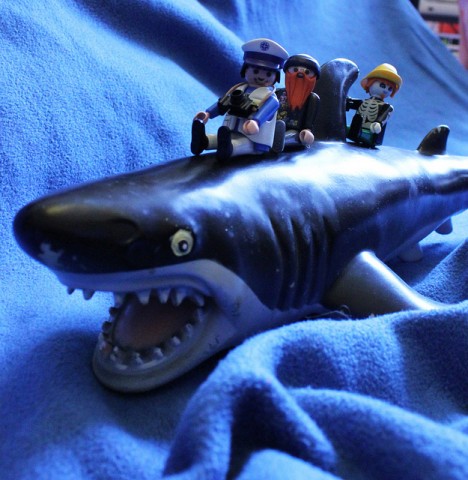 When someone says “Northeastern Illinois,” most of us don’t automatically think “Shark Nursery”. Once again, science is proving most of us wrong.

According to a study published this Tuesday in The Journal of Vertebrate Paleontology (what do you mean, you’ve never read it?), the world’s oldest known shark nursery has been discovered in Mazon Creek in Illinois, at the site of The Braidwood Nuclear Generating Station. Says the study’s co-author Lauren Sallan, “This is the first fossil evidence for a shark nursery that’s based on both egg cases and the babies themselves.”

The fossils found in the 310 million year old nest are incredibly well-preserved specimens of the Badringa Shark, an extinct long-snouted species that used electro-receptors to find food in their murky freshwater habitat and were covered in protective spikes.

This is the third Badringa nursery to have been uncovered in Mazon Creek since 1965, but it’s the first to prove that prehistoric sharks migrated from fresh to saltwater to have their young. Says Sallan, it’s “the earliest evidence for segregation, meaning that juveniles and adults were living in different locations, which implies migration into and out of these nursery waters.”

As impressed as we are by what these jawsome specimens tell us about the early ancestors of modern day sharks, we’re also kind of disappointed with modern sharks for slacking so hard on the freshwater migration front. How hard would it be for a bunch of knocked-up sharks to swim up one river and give us a show? On second thought, don’t answer that.