Prehistoric Farmers Made Cheese Back in 7,000 BCE, But Thankfully Not from Mammoth Milk 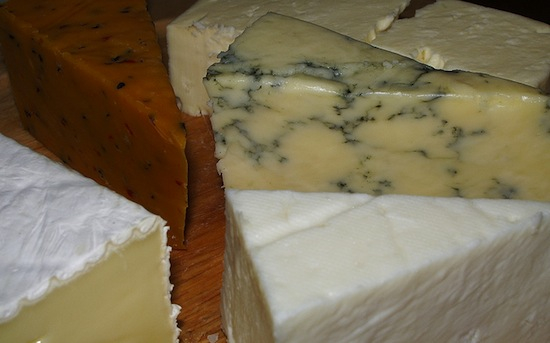 No other food in the world induces such rabid hunger and adoration than the mere utterance of the divine dairy product otherwise known as cheese. Since time immemorial, everyone from the lowliest commoner to the most powerful of emperors indulged in the oftentimes smelly delicacy. Historians have debated the issue of the exact point in time in which man had taken to cheesemaking, some arguing that it happened as early as 8,000 BCE when prehistoric farmers began taming livestock. Others say it happened as late as 3,000 BCE. However, archeological findings in Poland suggests that cheese was made and prepared around 7,000 BCE, a bit farther up the time scale.

Roughly 30 years ago, archeologists digging in north-central Poland came upon a unique discovery: Sifter-like pottery fragments were found in an area known to have been a place where prehistoric farmers had raised livestock and tended their land. Further substantiating the theory that what the archeologists had found were cheese strainers, the discovery of nearby cattle bones meant this may have been the case. That, or the farmers had an epic barbecue and things got a little rowdy.

The original function of these fragments was never actually confirmed, with some critics believing them to have been used to produce beer — giving credence to the aforementioned wild prehistoric barbecue party. That is until chemist Mélanie Salque of the University of Bristol in the United Kingdom confirmed the initial theory. She and her associates collected fat residue from the fragments and mixed them with solvents. Once run through their instruments, Salque discovered that the residue derived from milk, and the sifters were used to separate the curds from the whey.

As to why early man had taken to cheesemaking, Salque deduced that they created it in response to their own lactose intolerance:

The interesting thing is that people at that stage could not digest the lactose in the milk, so processing milk into cheese would have given them the benefit from the nutritious effects of milk without having the side-effect of being ill.

It truly is amazing how bouts of flatulence and rampant cases of diarrhea over lactose intolerance inspired prehistoric farmers to solidify their milk in a form that didn’t leave them stinking up the hut. Salque also added that gathering the milk to turn into cheese was convenient for early man since it didn’t require the rigmarole of having to slaughter the animal and getting their hands all bloody to acquire it. Although, it goes without saying that this was after plenty of trial and error.

Evolutionary geneticist Mark Thomas of University College London stated that the strainer fragments once belonged to the Linearbandkeramik, the first farmers to have settled in the interior of central Europe. This, according to Thomas, doesn’t mean they were the first to make cheese since the craft itself may possibly predate recorded history. However, this is the earliest point time that we know of.

Right now, all we want to know is how well prehistoric old cheese fries up in a grilled cheese sandwich.