No Pregnancy in Space | The Mary Sue

We Cannot Get Pregnant In Space 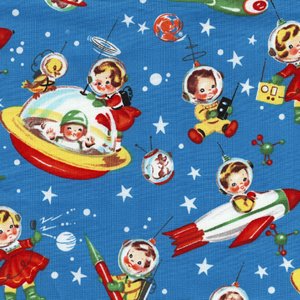 So, here we are, the human race, faced with a slight problem if found in the position of having to repopulate in space: we can’t. Astronauts in relationships who are unprepared to start families will rejoice at this! But if the Earth explodes and humans are left without another planet, they may have to scrap “the old-fashioned way” and find another biomedical option.

Scientists at NASA’s Ames Research Center say that the amount of radiation humans are exposed to during space travel would instantly sterilize a newly-conceived space fetus. Not only that, but sperm counts may also be adversely affected by radiation.

Editor’s Note: We’d like to remind our readers that while the hazardous vacuum of space may make for a fine contraceptive, it does not protect against STDs.  Side effects can include loss of bone density, severe cabin fever, and alien parasites.

Dr. Tore Straume, a radiation biophysicist at the centre, said: “The present shielding capabilities would probably preclude having a pregnancy transited to Mars.” …

Dr. Straume added: “One would have to be very protective of those cells during gestation, during pregnancy, to make sure that the female didn’t become sterile so they could continue the colony.”

So, back to the drawing board on that one!

(Telegraph via Newser via Best Week Ever)