I still think it should be called Townsville ... 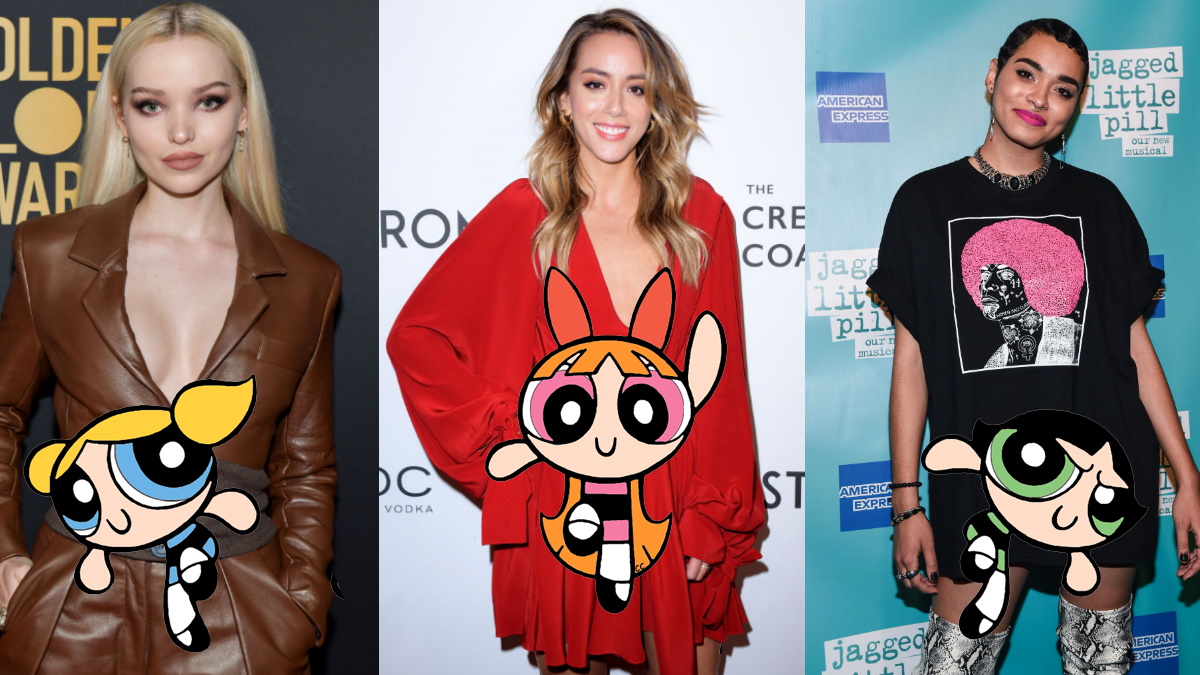 Back in February, The CW ordered a pilot for the highly side-eyed live-action take on The Powerpuff Girls. While we’re all keenly aware of our childhood favorites getting a revamp decades later, when The CW does it it’s a bit … um … what’s the word folks use when they’re trying to say something makes them question the very essence of reality but they’re too nice to be blunt about it? Ah! Interesting. That’s the word.

The CW has an interesting way of approaching series like this. See: Riverdale.

Before, all we had to go off of was a comment about how that sugar and spice came with a dose of disillusionment. The girls would now be twenty-something-year-olds who resented their childhood superhero upbringing. Today, we not only have casting announcements, but we also have character bios for each of the girls.

Since I went ahead and wrote several plot predictions about the series in February, I thought it’d be fun to see how close I came to the actual description of the girls, according to Variety. Let’s review!

Blossom: Commander and the Leader

The former leader of the group will be played by Chloe Bennet (Agents of S.H.I.E.L.D’s Daisy Johnson). Here’s the description for Blossom:

Blossom — though she was a spunky, conscientious, Little-Miss-Perfect child who holds several advanced degrees — has repressed kiddie-superhero trauma which has left her feeling anxious and reclusive, and she aims to become a leader again, this time on her own terms.

Blossom, since she was the leader, has been taking it the hardest. She’s in the middle of an identity crisis because technically, they were created in a laboratory. Insert a flashback where she yells at the Professor because she wants to be a “real” girl, dammit, not some crimefighting lab experiment on call 24 hours a day! She thinks about this while she’s in bed with one of the Rowdyruff Boys because it’s the CW. He’s annoyed because even if she’s not one of those goodie-two-shoes Powerpuffs anymore it still consumes her. She definitely walks the street in (insert city she lives in now) and feels the urge to stop a purse snatcher or bank robber, her boyfriend having to remind her that she’s walked away from that life. Also, she cut her hair and does everything to distance herself from that Blossom look.

So I was … kinda right? Not really, I guess. I mean, maybe the “identity crisis” part because she wants to become the leader “on her own terms.” I did not expect her to be reclusive, or anxious, really, but since she is trying to prove herself I think my whole idea of her seeing crime happen and feeling the urge to do something about it is spot on. I predict a good portion of the costume budget going toward angsty hoodies for Blossom to walk the streets in, trying to hide her bright, long hair.

Bubbles: The Joy and Laughter

Our sweet, pigtailed, “I can be hardcore” heroine will be played by Dove Cameron (Liv and Maddie’s Liv and Maddie Rooney). Here’s the description for Bubbles:

Bubbles’ sweet-girl disposition won America’s hearts as a child. She still sparkles as an adult, but her charming exterior belies an unexpected toughness and wit. She’s initially more interested in recapturing her fame than saving the world, but she just might surprise us and herself.

Bubbles is an Instagram sensation and absolutely LOVES being a cute blonde, tee hee, pigtails and blue dresses and all. She doesn’t even live in Townsville anymore. She lives in L.A. She’s living the party girl life but comes home to an empty apartment where she stares longingly at a picture of her and her sisters.

Oh wow. I was really close here! Bubbles is a fame-seeker (at first, but it sounds like we’re gonna get some kind of “it’s important I use my powers to help the world, not seek fame” plot). Will Instagram be her platform of choice?

The toughest fighter will be played by Yana Perrault, and right off the bat, I am feeling her look. This would be Perrault’s onscreen debut, but she’s got experience on Broadway in things like the Alanis Morissette musical Jagged Little Pill. Here’s the description for Buttercup:

Buttercup was the rebellious badass of The Powerpuff Girls in its heyday. More sensitive than her tough exterior suggests, Buttercup has spent her adulthood trying to shed her Powerpuff Girl identity and live an anonymous life.

Buttercup is a vigilante. She still fights crime in secret but without Blossom and Bubbles to reign her in she’s really violent about it. She has the most contact with the Professor because she’s still fighting crime, but she’s real messy about it. She doesn’t even go by Buttercup anymore.

LOL I was WAY OFF! I guess Buttercup is the one who is trying to distance herself the most from the whole Powerpuff Girl thing. I imagine this is gonna cause a lot of tension between her and Blossom since Blossom wants to be a leader again. I predict a scene of Bubbles telling Buttercup how much fun it’ll be, besides, think of all the likes you’ll get on Twitter?

And that’s it! How are you feeling about these summaries for the girls? What do you think the story’s gonna be with the rest of the cast? Where’s the Professor? Miss Bellum? Who’s gonna be the first villain to return?

More importantly, will this be called Townsville???