This Power Strip is Actually an Advanced Hacking Tool 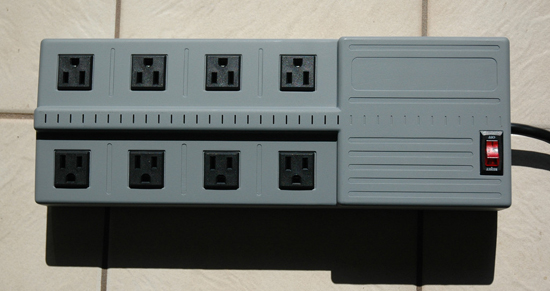 But you wouldn’t know it from looking at it. At first glance, the Power Pwn from Pwnie Express would likely be overlooked as just another gadget to plug stuff into in the office. Its actual purpose is to thoroughly test the intrusion security of companies. And it’s all thanks to funding from Cyber Fast Track, a program which falls under the umbrella of DARPA. The government sponsoring research that leads to things like this is basically the best thing.

The unassuming box includes both a Bluetooth and Wi-Fi adapter hidden somewhere. Also within the strip is a series of hacking and remote access tools designed to systematically poke and prod the systems it comes up against. The system even hooks up to the cellular network and accepts SMS messages as commands allowing anyone with cell service the ability to conduct remote tests as they please.

To top it off, the Power Pwn is more than sturdy enough to survive trips through the mail. Corporate offices can buy one for $1,295 and send it off to their various branches without having to worry excessively about the thing breaking in transit. As long as someone hooks it up correctly, they can then perform all the tests remotely and dissect the data themselves. Other than potentially discovering horrendous flaws in the security network of one’s company, this sounds like a painless but thorough test.

The Pwnie Express site lists it as shipping in September 2012. Just in case you happen to own a company large enough to warrant purchase.