Jon Stewart, and Swallowing Without Sugar-Coating | The Mary Sue

Jon Stewart, His Neutered Politics, and the Importance of Swallowing Without Sugar-Coating 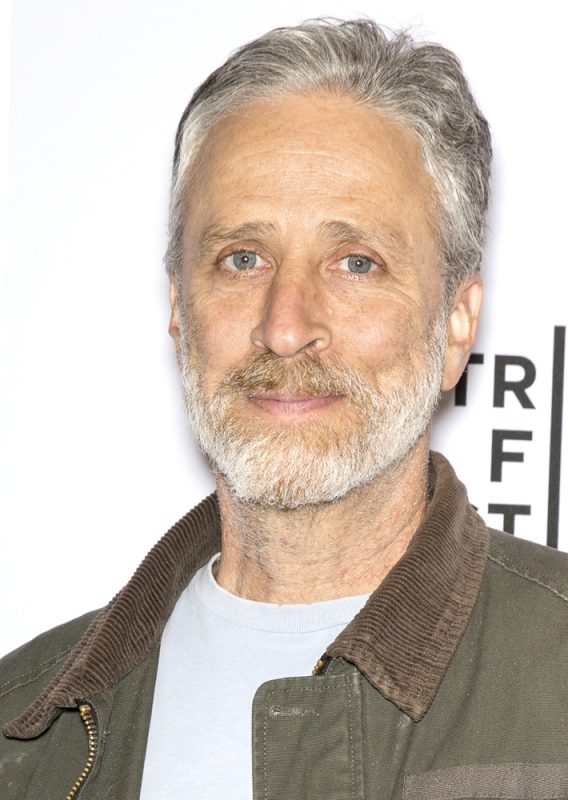 On an episode of CBS This Morning earlier this week, Jon Stewart did an interview with co-host, Charlie Rose. It was primarily supposed to be a conversation about his new book, An Oral History, which details his life while hosting The Daily Show, but as one would expect in an interview with Stewart, the conversation quickly turned to politics. More specifically, it turned to the response from liberals and progressives to the election of Donald Trump.

What was most surprising about Stewart’s answers was, despite years of doing The Daily Show, that they were as naive and simplistic as they were, even as he begged for complex thought and nuance.

According to CBS News, when he was asked about his initial response to the election results, Stewart said, “I don’t believe we are a fundamentally different country today than we were two weeks ago. The same country with all its grace and flaws, and volatility, and insecurity, and strength, and resilience exists today as existed two weeks ago. The same country that elected Donald Trump elected Barack Obama. I feel badly for the people for whom this election will mean more uncertainty and insecurity. But I also feel like this fight has never been easy.”

While this election certainly surfaced the racist and sexist bias and fear that has existed in this country all along, we are indeed a different country now than we were before. Sure, these flaws and this volatility have always been there, but now, thanks to Trump and his campaign, they have been normalized. Racists, sexists, homophobes, and xenophobes feel emboldened as they haven’t in decades, because they feel that finally, they have a President who represents them. This is not the country we had on November 7th. Though, we could argue that the country has spent the past half-decade becoming this.

However, this naivete bothered me less than what he said about the liberal/progressive response to Trump and those who voted for him. According to The Washington Times, he said:

“I thought Donald Trump disqualified himself at numerous points. But there is now this idea that anyone who voted for him has to be defined by the worst of his rhetoric.

Believe me, I understand that there is plenty of hypocrisy in this country to go around. But I nearly laughed out loud when I heard “But there is now this idea that anyone who voted for him has to be defined by the worst of his rhetoric.” That’s the thing. It’s not “the worst” of his rhetoric. It’s his rhetoric. That was, like, his whole deal for the entirety of his campaign. Let’s not dismiss it as if it’s one thing he said that one time in the heat of the moment.

Here’s the thing, too: we are all defined by our actions. Our actions are part of what make us who we are. You can say you’re a loving person, but if all we see is you beating your child, what you say about yourself doesn’t matter. Your actions show the opposite of love. Now, if you slap your child once in the heat of the moment, but we see you being a doting parent the rest of the time, there might be a difference in how the world responds to you.

As a collective, Trump voters voted for a man who did this when talking about a reporter named Serge Kovaleski, who suffers from arthrogryposis, a condition which limits the movement of joints:

But, of course, it wasn’t only this. It was his racist comments (Mexico sends us rapists!), his racist and xenophobic desire to register all Muslims in this country, his long history of sexist comments (calling Megyn Kelly a bimbo, and worse!), and his choice of Mike Pence to be a heartbeat away from the Presidency (check out his awesome record on the LGBTQIA community, and women’s equality, you guys!). I think that the fact that Trump chose to say and do all of this gives us a pretty good indication of the kind of person he is. Voters just made him the Commander-In-Chief of our military.

Now, I know some individual Trump voters. I’ve talked with them. And I know these aren’t hateful people. However, that doesn’t change the consequences of the action they all decided to take on November 8th.

That’s really the key here: action. It’s not about applying a label (racist) to people and “considering them a monolith.” It’s about looking at the fact of an action they took, and drawing a logical conclusion. It’s about the action, not the individual people. Granted, there are plenty of liberals and progressives I know that are saying things like, “Well now we see how racist these people are!” And whenever I hear it, I try to put the kibosh on it. On the flip side, I see conservative friends and family insisting that they aren’t racist. That they had other reasons for voting for Trump that had nothing to do with how they feel about marginalized groups.

Here’s the distinction we need to make: You don’t have to be a racist to be guilty of doing a racist thing (I need to save the conversation about unconscious bias for another day). This seems to be the idea that people have the hardest time wrapping their heads around. Let me repeat: You don’t have to be a racist to do something racist. That’s the thing about institutionalized racism. The people who created the systems under which we live actively believed that white people were better than non-white people, and so everything from the ground up is designed to benefit those white people.

Now, white people today can be kind, poor, and struggling with various things, but if they don’t make an effort to become more conscious about the struggles of other, marginalized groups, they will continue to choose racist actions that will not only hurt those groups, but will also hurt white people and this country in the long run. After all, you can’t expect your team to win a game if you continually hobble a large percentage of your players.

I love John Scalzi’s cable package analogy, or what he calls “The Cinemax Theory of Racism,” which you should definitely read in full. But let’s say you want HBO, and it only comes in a bundle with Cinemax. You may have zero interest in Cinemax, but if you subscribe to HBO, you are also a Cinemax subscriber whether you wanted to be or not. Because they come together. And if people call you a Cinemax subscriber, that’s not inaccurate. Even if you never watch it.

However, I don’t think calling someone a racist is useful. I do think that holding people accountable for racist actions is extremely important. Now, I would like to share one of my favorite videos of all time re: racist person vs. racist action, because it sadly always seems relevant:

I’ve seen some people on both sides of the aisle argue that we can’t “paint all Trump voters with one brush,” because they voted out of desperation. Middle America is hurting, you see. Government policies have shrunk the oil and coal industries without suitable replacements leaving many people out of work and hurting the economy.

And that’s it right there. Implicit in that assertion is the idea that the only blue-collar, middle class people worth worrying about are the white ones in the middle of the country. As if there aren’t blue-collar, middle class people of color, or gay people, or trans people. As if the marginalized people who bear the brunt of all the hatred don’t ALSO deal with these things. As if they don’t care about these things. I’m not judging the fact that people are struggling with these things and making choices based on that struggle. I just don’t understand how they don’t see their struggle in others, too. They expect others to back them when they’re in pain, but aren’t willing to do the same in return?

I don’t think enough Trump voters think about the fact that the people and policies he might support during his presidency have zero interest being for “everyone.” There’s this idea that if we just enact certain plans that the benefits will eventually trickle down to everyone, and that’s never been the case. Inequality on this scale HAS to be dealt with separately, consciously, and concurrently to the other stuff by the federal government in order for the word “everyone” to actually have meaning and not just be code for “white, cis, straight men and the women they love.”

It can’t be either/or. It has to be both. And I’ve heard people say things like “well you can’t expect people to think about those things when they’re worried about x,y,z.” And to that I say Yes, I can expect that. Because I do it every day, and much though I’d like to think so, I’m not special.

A person can’t say that they voted for Trump because he’ll “Make America Great Again,” implying the whole country, but then defend their vote by saying “well,you can’t expect me to worry about other people’s problems when I’m unemployed!” Either you care about the collective, or you don’t. And if you do, you have to be mindful of the policies and policy-makers that would hurt the most vulnerable among us.

I don’t care if you’re racist or not. I care that on November 8th, 2016, too many American citizens got together and did a racist thing, the repercussions of which will likely be felt for decades.