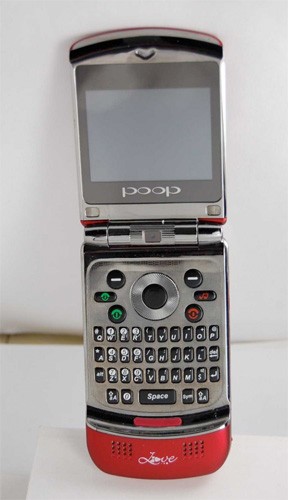 This isn’t Photoshopping. According to a friend of CrunchGear, there is a brand of popular phones in China made by a manufacturer named OPPO, and since the line of phones is popular, naturally, a knockoff was made. The thing is, the knockoff is replicating the OPPO logo in such a way that, well, yeah.