New Mom Seeks Treatment for Her Postpartum Depression, Has the Police Called on Her Instead 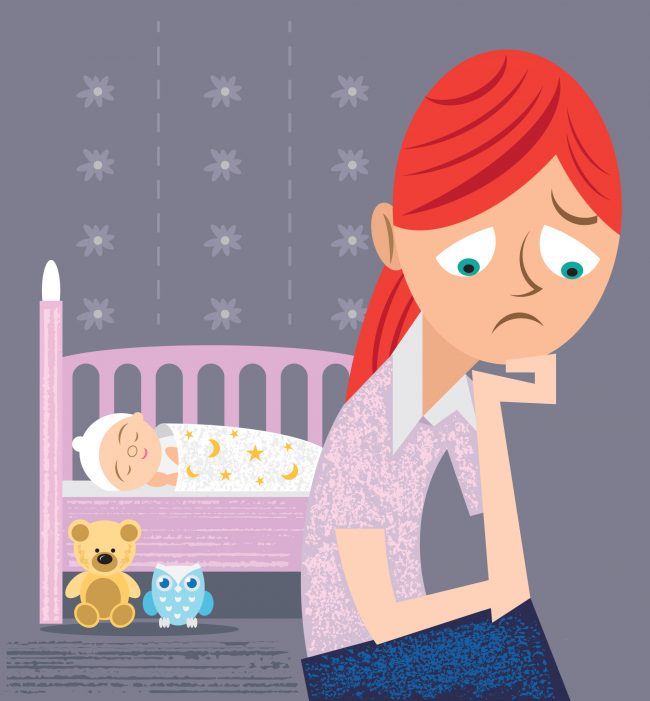 Last week, a new mother in California went to the hospital with her newborn for her first post-birth OB appointment, after having been cancelled on several times for four months. The reason she made the appointment? She wanted treatment for post-partum depression. What happened instead was that the hospital called the police.

Jessica Porten of California took to Facebook to tell the harrowing story of how she and her newborn, Kira, went to an obstetrician appointment that she’d been waiting on for four months. She explains how, when her husband made the appointment, he had mentioned that she was going in specifically to discuss her post-partum depression, and so she assumed that they would know that in advance and be able to help her.

Then, the unthinkable happened:

I had an OB appointment yesterday, my first since giving birth 4 months ago (because they kept cancelling my appointments), which is inhumane in my eyes. I went to the appointment alone with Kira. It was at 2:10, and I was not called back to a room until 3:15. A nurse practitioner comes in (one I don’t particularly care for) and I tell her everything my husband told them when he scheduled me the appointment a week ago. That I have postpartum depression that is manifesting in fits of anger, and I want to discuss my medication options. I tell them I have a very strong support system at home, so although I would never hurt myself or my baby, I’m having violent thoughts and I need medication and therapy to get through this. She rushed through my pelvic exam, barely spoke about medication, said she needed to talk to the doctor about my PPD, and left the room.

They called the fucking cops on me.

She then describes how the cops had to escort her to an emergency room, where after waiting for hours with her baby and having very little to eat, followed by a humiliating wait for a social worker that she didn’t get to see until almost 11PM, all that happened was that they decided she didn’t need to be put on psychiatric hold, and they discharged her and sent her home.

She was never once seen by a doctor.

Porten shared this on Facebook, because she doesn’t believe that this is how any woman who initiates treatment for PPD should be treated, and that the treatment she received could cause women to get worse if they don’t have strong support systems as she says she has. She posed some interesting questions in her post that she wants all of us, as well as the state government in California, to think about with regard to women and mental health:

[…] I have some more questions I need to add this list. I may be marginalized as a woman, but I am white and heterosexual and hold privileges in these places. I am scared for our mothers of color and our LGBTQ mothers who seek out help in these situations.

If this is an issue that speaks to you, and you want to speak out on behalf of those suffering from maternal mental health conditions like PPD, visit the 2020Mom site linked above, and follow the hashtag #4Bills4CAMoms on socials to keep up with the conversation.

No one should be made to feel like a criminal for seeking out the mental health care they need.

(image: Lucien Fraud/Shutterstock)
Want more stories like this? Become a subscriber and support the site!