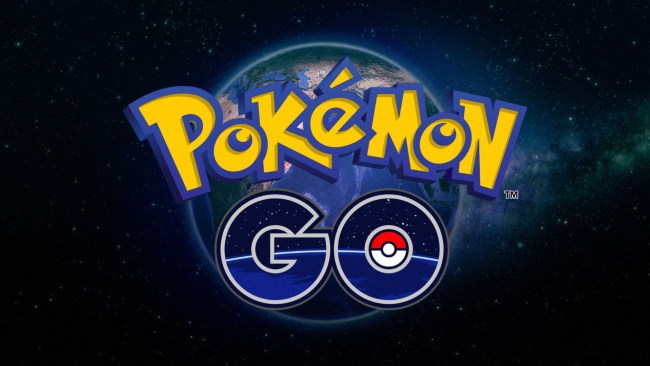 Raise your hand if you spent time catching Pokémon this weekend. (Yup, it was everyone.) Pokémon GO is a verifiable cultural phenomenon, and that’s good news for Nintendo as well as the rest of us. The company’s stock has soared by 25% over the past few days, and all the attention on the game probably means the bugfixes we’re all hoping for will come even sooner. Hooray!

Following a (comparatively) modest bump in share prices on Friday, Nintendo’s stock has now gone up by a full 25% from its value before the launch of Pokémon GO, adding some $9 billion in value to the company, closing at over $200 a share, and being yet another time a Nintendo product was obviously going to be huge and I didn’t buy stock, because I’m an idiot. With the Wii U’s failure and the 3DS’s limited success compared to the DS before it, this is a great change of fortune for the game company.

The real test will be how the game continues to produce revenue over the long term, but the stock may well continue to rise in the near future as Pokémon GO continues its expansion into more territories worldwide. That growth has actually been hampered by huge demand on the game’s servers from so many people playing it in regions where it already is available, but it should soon see release in Japan, other parts of Asia, and Europe. (No word yet on anywhere else. Watch out for malware if you’re downloading the game’s APK directly on Android to get around regional restrictions.)

Right now, it definitely seems possible that the game will continue to flourish. When you were playing it over the weekend, unless you live very far from civilization, you no doubt pased countless others—from children to mild-mannered adults—on their quest to grab items, catch Pokémon, and defend gyms. Someone I know who, by choice, has never played a Pokémon game spent much of yesterday wandering around catching Pokémon, fretting over her supply of pokéballs, and searching pokéstops for items. The only thing that stopped us was the heat, and we were right back at it when the sun went down.

It’s already seeing more daily active users than Tinder and likely Twitter, at this point. It’s quickly reaching oversaturated meme status despite being out for just days, has led to at least one unsettling discovery, sent people to plenty of odd locations, spawned a rather frightening real-life Team Rocket, and that’s just for starters. (Starters, you say? Surely, you mean Bulbasaur, Charmander, Squirtle, and Pikachu, if you’re dedicated enough.) If we took on each bit of news about it separately, it’s all we’d write about today—and believe me, that’s tempting.

That’s not to say the game’s perfect, though, and some needed fixes are on the way, along with new features. Most importantly (beyond the importance of getting past the downed server screen), battery life issues will be addressed. You can already mitigate the problem with the power saver mode in settings, turning the AR camera off, and—personal recommendation—turning down your screen brightness, since being out in the sun so much probably has your screen at maximum brightness way more than usual. However, developer Niantic isn’t placing all the blame on play habits, and their issues page says a fix is incoming. They also detail several other issues they’re working on and suggest temporary solutions if you’re having trouble in the meantime.

As for new features, you’ll be able to trade Pokémon at the very least in the future. Other non-bug-related improvements are on the way, according to Business Insider, with the AR mode specifically mentioned as something that will get better over time. Not only that, but gyms and pokéstops will apparently gain more functionality, and global leaderboards will be established. Somehow, despite overwhelming success, it seems like this is only the beginning. See you out there in the tall grass!