So you can be the very best. 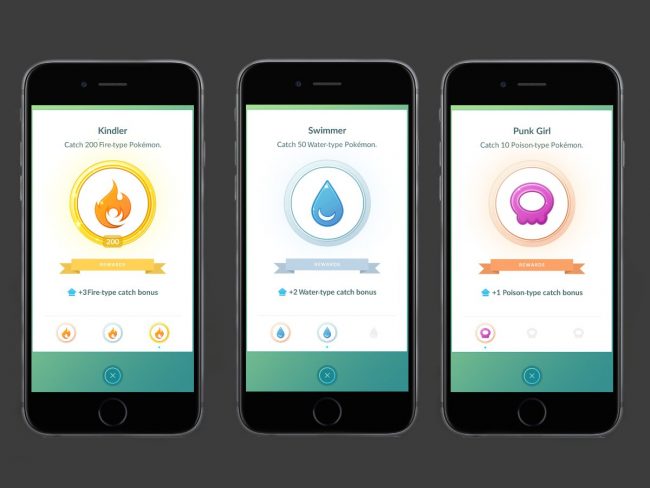 Despite the seemingly mixed news coming out regarding how well Pokémon GO might be doing financially versus how well people are receiving it, the team over at Niantic is still focused on improving their game. Most recently, they’ve announced a brand new feature that should help those of you who are sick and tired of catching Pidgey after Pidgey after Pidgey only to miss your shot when you run into an actual rare Pokémon. Simply put: They’re adding in a system that incentivizes you to keep capturing common Pokémon. Every time you do, your chances of capturing a rare Pokémon increase. Simple enough, no?

It’s really important to note that this doesn’t improve your encounter chance, only your capture chance. Basically if and when you do run into a rare Pokémon, it’ll be easier for you to capture. You’ll likely have to do your regular ol’ song and dance (using berries, your strongest Pokéballs, praying to Lugia/Articuno/Zapdos/Moltres/Alola Exeggutor, whatever), but with this feature you’ll likely have to do less of that.

The other caveat is that the type of Pokémon you capture matters. Capturing common Pokémon of a type will help your chances of catching rare Pokémon that share a type with it. For example, Pidgey, who is both a Flying and a Normal-type Pokémon, will help your chances of capturing both Flying and Normal-type Pokémon. So, you know, you can’t just keep catching only Pidgeys and hope it’ll help you nab a Pikachu or a Magmar or something.

Another major update they just announced was that they’re improving how gym training works. When you’re training at a friendly gym, you’ll be allowed to bring six Pokémon into battle instead of the one. As well, the CP levels of the Pokémon you’re training against will be temporarily lowered to more closely match the Pokémon you’re bringing to the table. It should help those trainers who didn’t quite power through the game’s early XP fountains and should make it more accessible to the casual player. If you’ve been playing with pals whose Pokémon simply outpower yours, then this should help you keep in step with them.

It hasn’t been announced yet when these features will be live in game. Either way, it’s something to expect and look out for if you’re still enjoying the game.

(via Business Insider, image via Niantic)