Pokémon GO Update Shuts Down More Tracking Services, but Does That Hurt Cheaters or Everyone Else? 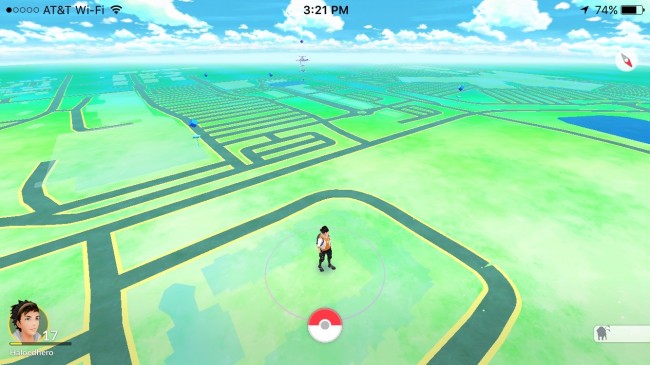 Niantic’s embattled Pokémon GO is still seeing new features roll out on a regular basis, but an improved Pokémon tracking mechanism is still missing, with no sign of its eventual return. Now, a new update has adjusted things to cut off third party tracking services once again as the weather turns cold, and the maker of one of those services has some harsh words for the game’s developers.

In a post entitled “The Fall of Pokémon GO,” one of the people behind FastPokéMap, a Pokévision clone that a lot of players have been using since the Pokévision map shut down, made a case for why Niantic’s increased security measures are a bad idea. Usually complaints about Niantic’s anti-cheat measures focus on the removal—shortly after the game’s launch—of an in-game system that let players know if they were getting closer to or farther from a given Pokémon. Right now, the Pokémon that show up in the “sightings” tab generally seem to be more nearby than they were shortly after that tracking system was removed, making it more feasible to use it to track Pokémon in a similar, if less accurate, manner.

The FastPokéMap developer’s complaints aren’t unrelated, but they focus on a slightly different aspect of the anti-cheat measures: cheaters will still get around them, making perfectly innocent players the only ones who are negatively impacted in the long run. After pointing out that code meant to make reverse-engineering the game harder just makes the game run worse and struggle on older devices, and mentioning the anti-“rooting” measures on Android, they wrote,

“[T]his security measure doesn’t stop us but it stops legit users from playing. We’ll keep reversing your game as long as your game is popular. FastPokeMap will continue to come back no matter how hard you try to kill it. But if you keep trying to kill it don’t be surprised if soon there won’t be anyone playing your game anymore. […] This is where you show off your true colors: Are you making the game mostly for profits or for your community?”

That’s a good point worth considering for Niantic, and there are certainly plenty of players who have been turned off by the anti-cheating measures, but anecdotally, most of the ones I’ve seen—and there have been plenty—complain about the in-game tracking, not how their experience has been hurt by side-effects of Niantic’s updates. A similar case could be made, though, that the reverse engineers are equally to blame, as their continued efforts are an equal part of the cheat/anti-cheat escalation.

I have to wonder, though: Is the lack of tracking really to blame for the game’s decrease in dedicated players? Pokémon has a fundamental problem in that, as you get closer to catching ’em all, playing naturally becomes more repetitive and less rewarding simply because there’s a finite number of Pokémon to be seen. The sense of discovery always fades.

In fact, players now bored by the game who used these maps to catch the best Pokémon in the game early may have ruined it for themselves by taking all the discovery out of it. That’s not to say they would have kept playing if they had to do things the hard way; it’s more that this particular Pokémon game may not be designed for them, and that’s OK. Not every game is for every gamer. The game’s breakout popularity was inevitably going to drop off quickly, no matter what Niantic did, as players who jumped on for a bit of nostalgia got bored with all the common Pokémon and never had any interest in being dedicated enough to find the rarer ones.

We’ll never know, though, since self-reporting is hardly reliable when people are so angry. If you asked players why they quit, a lot of them would be quick to tell you they’d still be playing if the tracking issues had never existed, but they’re just assuming they wouldn’t have gotten bored. That doesn’t necessarily make it true. Personally, I think the best way to breathe new life into the game would be adding Pokémon from later generations in the series. I still play Pokémon GO pretty regularly, but I’d definitely be more excited about it if I was consistently encountering Pokémon I hadn’t seen before. Catching every Pokémon may be the “goal,” but the real fun is in chasing it, not attaining it, and adding more Pokémon would prolong the chase. While everyone else is waiting for tracking updates, that’s what I’ll be hoping for.

(via Polygon, image via screengrab)