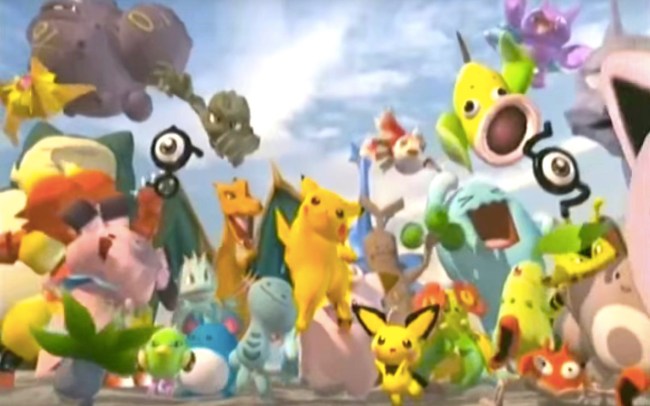 Back at the beginning of August, in the middle (or rather just after the height) of Pokémon GO fever, a report circulated that some big name Nintendo franchises, including Pokémon, would be landing on the company’s NX system in the near future. It was hard to tell whether that was accurate or just capitalizing on Pokémania, but now the Pokémon Company has confirmed the pocket monsters really are on the way to NX.

We’ve already got new Pokémon games on the way to the 3DS later this year with Sun and Moon (which got a new trailer today featuring version-exclusive Pokémon and Z-Moves for Pikachu and Eevee), but the Wall Street Journal reports that Pokémon GO‘s breakout popularity resurfaced the franchise in the public consciousness and lifted sales of Pokémon products across the board, according to Pokémon Company chief executive Tsunekazu Ishihara. Outside of Ishihara’s comments, we’ve already seen that sales of old Pokémon games were bumped up by GO‘s success, so adding more new ones to the slate only makes sense.

Pokémon main series titles have traditionally been handheld-only, with spinoffs coming to Nintendo’s home consoles, but Ishihara also reconfirmed what we already pretty much know about the NX: It’s going to be a combination of portable and home console, making it a good fit for Pokémon. He said, “The NX is trying to change the concept of what it means to be a home console device or a hand-held device. We will make games for the NX.”

Ishihara also mentioned what the future holds for Pokémon GO, saying that features like trading and player-versus-player battling are on the way, but they have to be carefully introduced in order not to overwhelm newcomers. Hopefully, we’ll learn more about the NX soon, as Nintendo prepares for its March 2017 launch.