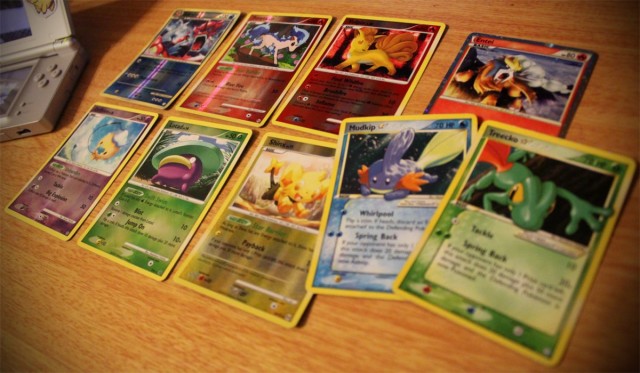 I used to work as a substitute teacher, so I’ve witnessed a lot of fights over Pokémon cards, but they were all between children. The adult reaction to someone refusing to trade Pokémon cards with another kid is not to throw them to the ground, but that didn’t stop Willie J. Bean. 25-year-old Bean threw an 11-year-old boy to the ground. Don’t worry. The police caught ’em all. (It was just the one guy.)

To further prove he’s a class act, Bean tried telling police that it wasn’t he who attacked the boy, but his twin brother. Bean either has a twin brother, and is a jerk for trying to pin this on him, or he doesn’t and he’s just a crazy liar. He eventually admitted to police that he threw a child at least a foot shorter and 100 pounds lighter than himself to the ground.

Bean claims the boy attacked him first, which still doesn’t make violently throwing a child to the ground okay, and was arrested for aggravated battery. I don’t know what the punishment for aggravated battery is in Kankakee County, Illinois, but I hope it includes police taking all your Pokémon cards and giving them to your victim, assuming the whole “with another kid” is just something Bean made up.

(via The Daily Journal, image via Minhimalism)