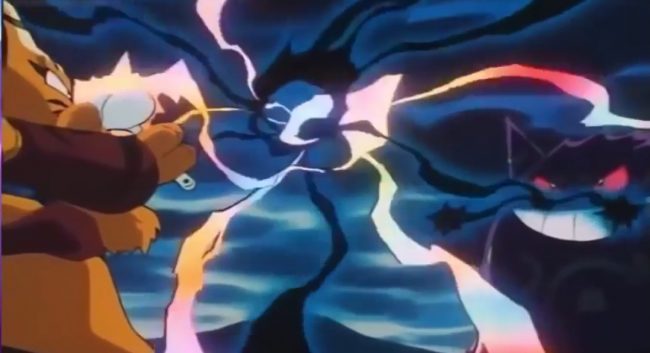 Pokémon GO users have noticed a fun new glitch that makes your cuddly buddy Pokémon Godzilla-sized. Basically, if you click your profile, your buddy will appear for a quick second on the screen scaled way up.

It’s so quick that I had a hard time grabbing a screenshot, but it looks something like this: 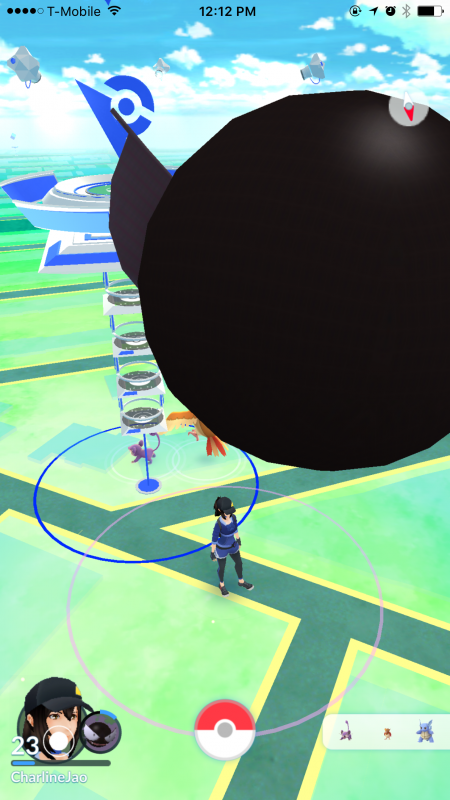 Yep, there’s my Gastly towering over me like an evil moon ready to consume my soul into the silent abyss. He’s probably getting ready to eat the Rattata, Pidgeotto, and gym all in one bite. You can see more hilarious examples over at Kotaku.

There’s an episode of Pokémon titled “The Ancient Puzzle of Pokémopolis” where ancient artifacts summon a giant Gengar and Alakazam with strange markings and the two start battling, threatening to destroy the planet. (Fun Fact: “Don’t you mean Ala-colossal?” is a real line from this episode.) Maybe what we need is a Jigglypuff to put these Pokémon monsters to rest?

(via Kotaku)
Want more stories like this? Become a subscriber and support the site!