The Most Nonsensical Part of M. Night Shyamalan’s Old Is Not Questioning This Random Ass All-Inclusive Vacation in the First Place

Excuse me, ma'am, WHERE did you say you found out about this resort? 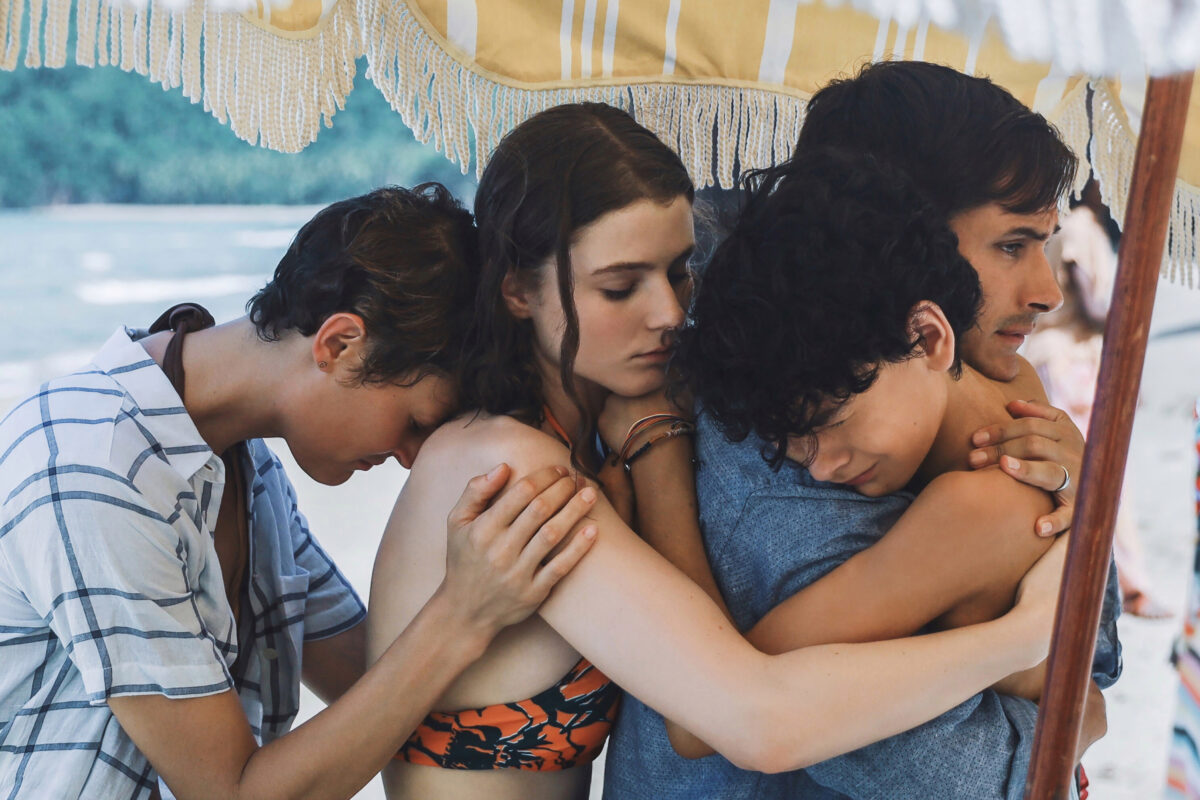 M. Night Shyamalan’s newest horror release, Old, is bonkers in a lot of ways. The dialogue is wonky, the camera work will make you dizzy at times, and oh, years pass by like minutes on a private beach that resort guests are taken to.

Old, adapted from Pierre Oscar Lévy and Frederik Peeters’ graphic novel Sandcastle, has an interesting premise, one that, to my delight, never gets explained in the movie. This beach rapidly ages you because it just does, and that includes any ailments you may be suffering from.

That being said, the movie suffers from “characters can be summarized by occupation and single personality trait” syndrome, followed by an unnecessary twist that forces the movie to have a villain who kinda ends up negating the overall message of “cherish the life that you have.” I would’ve been fine with this ending with “beach just ages folks so folks who were having troubles in their life realize the beauty of life itself” but instead it’s “beach just ages folks, how can mankind try to use that to its advantage?”

That’s not to say that Old doesn’t have its tense moments, but there are times where those moments fall apart because you realize that certain characters die from unnecessary lapses in judgment. We got parents telling their kids to go off somewhere when they know there’s something wrong with the beach, folks volunteering to swim against the tide when they already know someone has died trying, and a doctor, whose mental health is deteriorating, repeatedly accusing the lone Black man of foul play.

And that doctor has a knife.

A knife that no one decides to try and take from him.

Three guesses on how the Black man dies.

So me being me, I’ve decided to look at some particular moments that take place before the beach disaster. Once they’re on the beach it’s the standard “I am begging you to keep an eye on your children” motif, but there are a couple of things beforehand that made me shake my head and realize that Old probably wouldn’t really happen today because we’re all smart enough to question our vacation destinations.

Please refer to my Resident Evil Village post here to prepare for how silly this piece is going to get.

Now, I’m not gonna pretend like I’m an expert in all-inclusive resorts, but when the main family of the film pulled up to see a perfect line of employees ready to greet them, I got a sort of … cultish vibe. A woman greets them with drinks based on their selected preferences and the place just feels … off.

Then Prisca, the mom of the family played by Vicky Krieps, looks at her husband and says, “Can you believe I found this online?”

Online, in this case, does not refer to Booking or Expedia, or Air B&B. Instead, it refers to some sweepstakes that came with the receipt from her local pharmacy.

Now, to be fair, we do live in a time where places like CVS had vaccine incentives where folks could potentially win cruises—assuming you’re comfortable with the idea of vacationing right now. However, I get the feeling, from Prisca’s vague explanation, that this wasn’t as organized. We all know the entire world is coming up with vaccine incentives, Prisca’s “they started sending me emails” sounds like something that’s meant to go into your spam folder.

Prisca may, in fact, be the first woman in the history of ever to 1) go to the website included with the receipt, 2) not question why that website isn’t just the standard customer service survey that gets you 10% off your next purchase, 3) not question why a pharmacy has something like this, 4) actually submit all of her info, and 5) assume that a random all-inclusive trip from an unknown website is legit.

Did you research the resort at all?

Does it have any reviews online?

Later, a notebook is found on the beach full of names of those who were there before. I’m sure there are loved ones looking for them. I’m sure there’s a news source (or several) talking about how families didn’t return from vacation. There’s a least a post on Twitter, y’all. Maybe even a hashtag.

Am I just a paranoid Black woman who’s watched too many horror movies or is all of this common sense when taking your entire family on vacation?

Then again, this is one of those “last family” vacations because Prisca and her husband, Guy (played by Gael García Bernal) are having marital issues, which tells me that Prisca was desperate for some semblance of a good time. She and Guy haven’t told their kids about their plans for divorce, the fact that Prisca has a tumor in her stomach, and that she (we learn later) is seeing someone else already.

Personally, I don’t think this couple needed to be going through a divorce, an affair, and a tumor, but Shyamalan has willed it into existence so that’s what we have to work with. 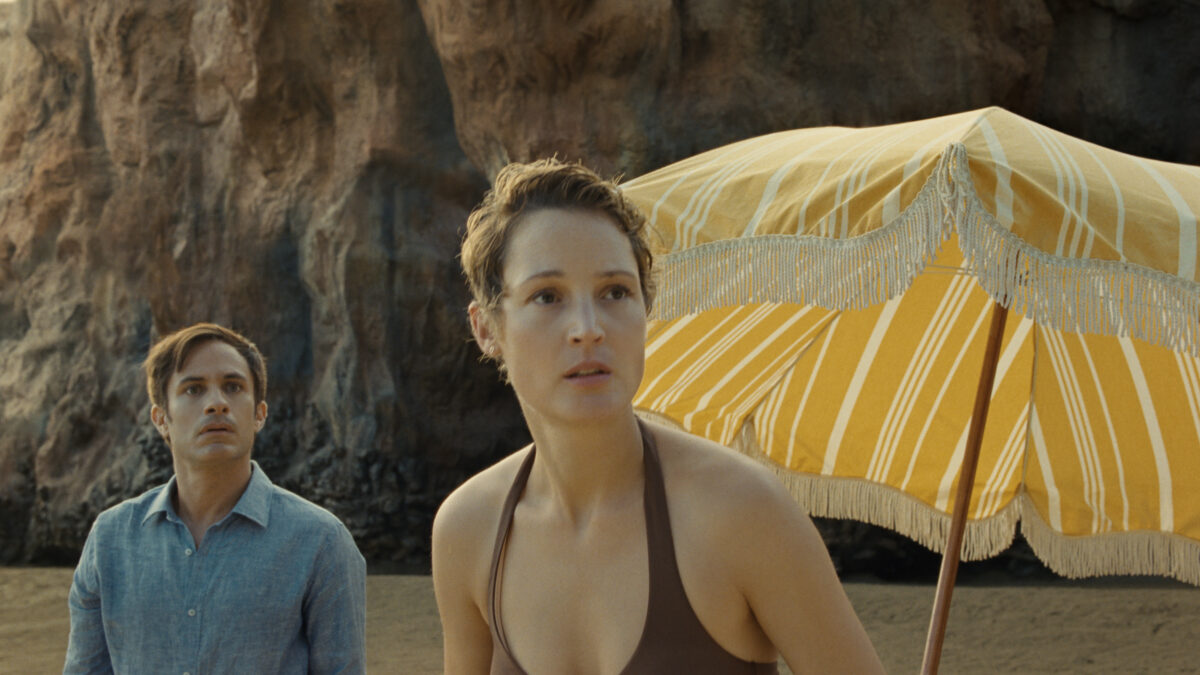 So now, the family is at the resort they should’ve avoided, and they’re told about a super-duper secret beach that no one else knows about (save for the other families who are also told about this beach). Everyone is driven to the beach by Shyamalan himself, but he doesn’t act like a normal tour guide who personally directs them to the beach. He stays behind, tells the family to carry way too much food for a beach stay that’s supposed to last until 5 PM, and points in the direction they’re supposed to walk.

In my days on going on vacations, if we did something that required a tour guide, that guide stayed with us the ENTIRE time. No vacation destination wants to be held accountable for if someone goes missing. At the very least, if we were being led to an open area like a beach, the guide would make sure we GOT to the beach instead of pointing forward and hoping for the best.

That wouldn’t sit right with me.

Look, I know vacations are used as an escape from reality, but maybe next time check out Hotels(dot)com, is what I’m saying.