Now That I’ve Caught up on It, Someone Please Save Stumptown! 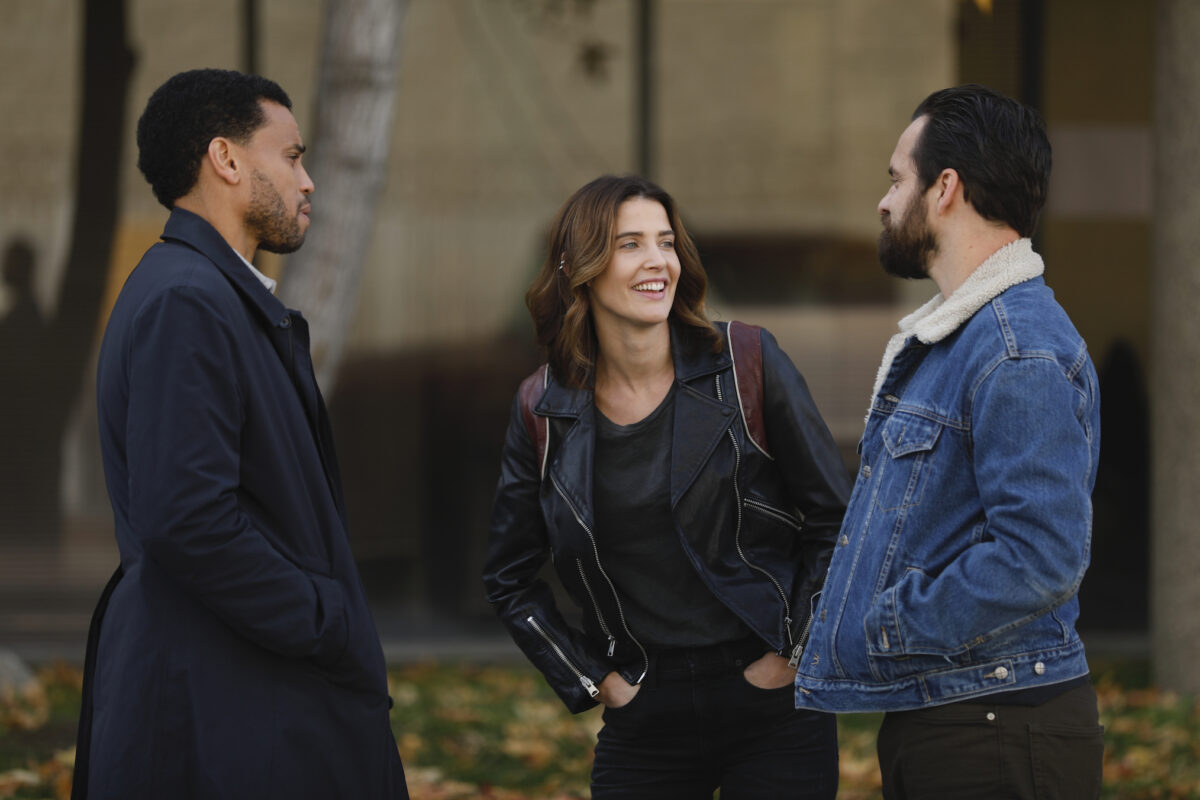 Earlier this week, I pitched to our editors that I should write about Stumptown and why it’s a great show (mainly because of Jake Johnson’s beard)—I have record of this—only for me to finally catch up with the show just before ABC decided to cancel it. 2020 has been bad enough; you will not take furry-collared Jake Johnson with a beard from me! I will not ALLOW IT! (ABC Signature’s plans to shop it elsewhere give me hope, though.)

The show, which follows Dexedrine “Dex” Parios (Cobie Smulders), is different than any other private eye show I’ve seen in the past. Based on the comic by Greg Rucka, Stumptown shows Dex navigating the complicated landscape of private detective work in Portland. Throughout her story, Dex continues to have a slew of relationships that often reconnect to her life. One of the first past boyfriends we meet is Grey McConnell (Jake Johnson), who runs the bar Bad Alibi that she works out of. From there, she connects with detective Miles Hoffman (Michael Ealy) as cases often weave into her own story, like when her ex-girlfriend Fiona X (Ioanna Gika) has a stalker that she needs Dex’s help with.

Using #SaveStumptown on Twitter, many fans are begging a different network or streaming service to pick up the show and have even started a petition to save the show. And honestly? Someone should. For once, we have a female-led show where the lead is a bit of a mess and she’s trying to figure out how to sort herself out. Most of it isn’t Dex’s fault, but she’s trying to cope with being an ex-Marine and what happened between her and her ex-boyfriend Benny Blackbird, while also trying to start her own business.

There’s a lot going on in Dex’s life, and every character is brilliant and unique and I love them all. Ansel Parios (Cole Sibus), Dex’s younger brother who helped Grey with the bar and towards the end of season 1, began to gain his own independence from his sister and even started to learn how to drive a car.

All of these characters just started to come into their own and start to fix their lives, and to cancel Stumptown now is a disservice to this story, but also me personally because I definitely need more of the fashion choices that exist in this show.

Like save Stumptown for the looks™️ alone my GOD pic.twitter.com/UOJWvKZVd4

The reasoning behind the cancelation is also, frankly, bullsh*t.

I’m so bummed about #Stumptown, mostly because the reason for the renewed-then-cancelation news is that it won’t be ready for fall. Ok, so push to midseason?

We’re in the middle of a pandemic. They could have just pushed Stumptown to a midseason premiere, so hopefully, a streaming service picks it up because the show is incredible and I want more of Cobie Smulders and her messy love life in my life. BRING ME MORE OF JAKE JOHNSON’S BEARD.