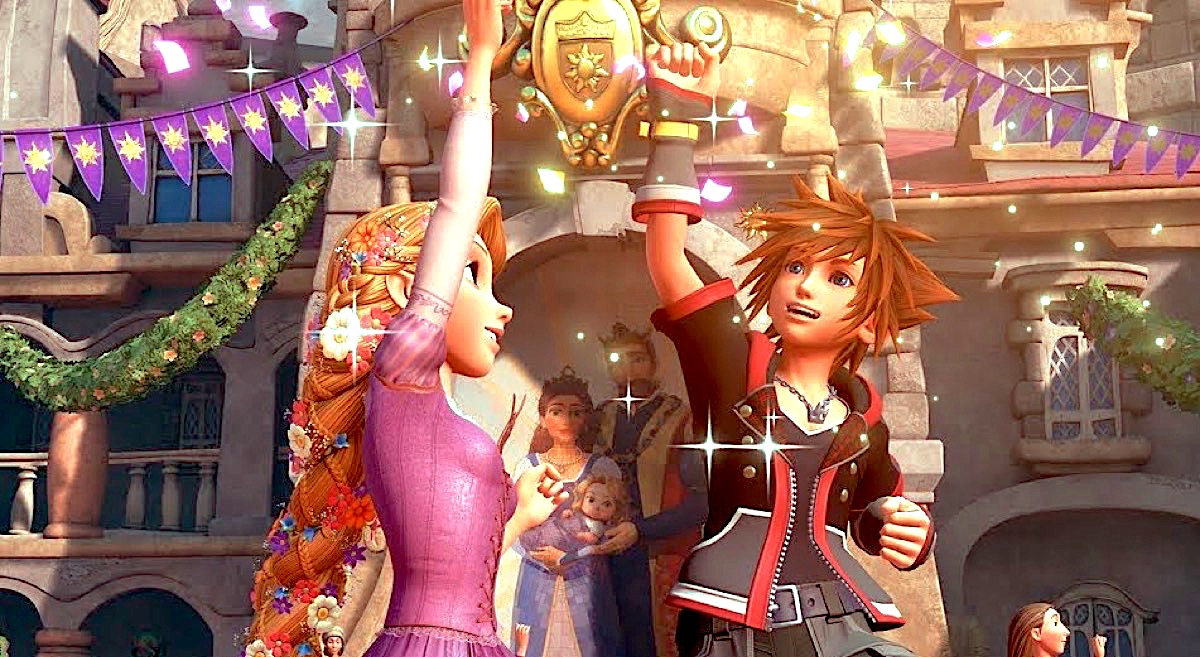 Aside from being harder than I anticipated, playing Kingdom Hearts for the first time as I approached my 30th birthday was also a deeply unsettling experience. That’s largely because, while it reawakened my love for several Disney properties (including 101 Dalmatians, The Lion King, and Mulan) in conjunction with the launch of Disney+, it also reminded me just how damaging so many of these animated movies are.

I’ve spent more than half my life being wildly jealous of anyone who grew up playing Kingdom Hearts. I was 12 when the Square Enix/Disney video game was released in the U.S., and despite a fairly ambivalent history with my family’s PlayStation, ads for Kingdom Hearts made me want to Be A Gamer in a way no other video game ever had.

Unfortunately, we couldn’t afford the game, and eventually, my desperate desire to play it waned. It didn’t totally dissipate, though. For 17 years, I thought about Kingdom Hearts on and off, especially when hype for Kingdom Hearts III began ahead of its 2019 launch. Mostly, I thought about it when I saw gifs from the game or when other people brought it up. It felt like I’d missed out on some important, formative Thing everyone in my circle cherished.

Last year, I put Kingdom Hearts: The Story So Far—which includes every game and DLC package up to Kingdom Hearts 2.8—on my wishlist. To my surprise, my mom bought me the game for Christmas, and I got all twitterpated. I had waited so long to play, and diving into the first game as an adult was, to be honest, way harder than I expected.

I relied heavily on walkthroughs to get through that first game and then jumped right into the next. Kingdom Hearts II was easier to follow, more enjoyable in terms of story, and had better combat. I blasted through those two games, some of Chain of Memories, and two out of three character arcs in Birth By Sleep over the course of about a month.

Then, slightly burned out, I opted to take a break. The games were harder than I expected, yes, but I was also troubled by a new perspective on things I’d long loved.

Although I have no recollection of it, my family tells me that the first movie I ever sat through in its entirety was Beauty and the Beast. Like most ‘90s kids, I grew up consumed by Disney movies. To this day, Hercules remains one of my favorites, and when I need a good cry, I turn on Lilo & Stitch.

However, over the course of the last decade (give or take), my growing knowledge of some of these films’ toxicity—and their undeniable impact on my formative years—has pushed me to reexamine my relationship with compulsive heterosexuality, femininity, romance, and fairytales as a whole. Two of the most ubiquitous examples of Disney’s more problematic stories are Beauty and the Beast, which is undoubtedly about Stockholm Syndrome, and The Little Mermaid, which is about a teenager giving up her literal voice to get a guy to fall in love with her.

Communication and consent are weak concepts at best in “classic” Disney romances, and the women in these couplings consistently have to drastically change themselves, their partners, or both in order to make a relationship work. This not only paints wildly unhealthy, codependent relationships as “desirable,” which conditions kids to believe this is what they should want from romance, but hammers home the false ideology that women are damsels in need of rescuing from men. 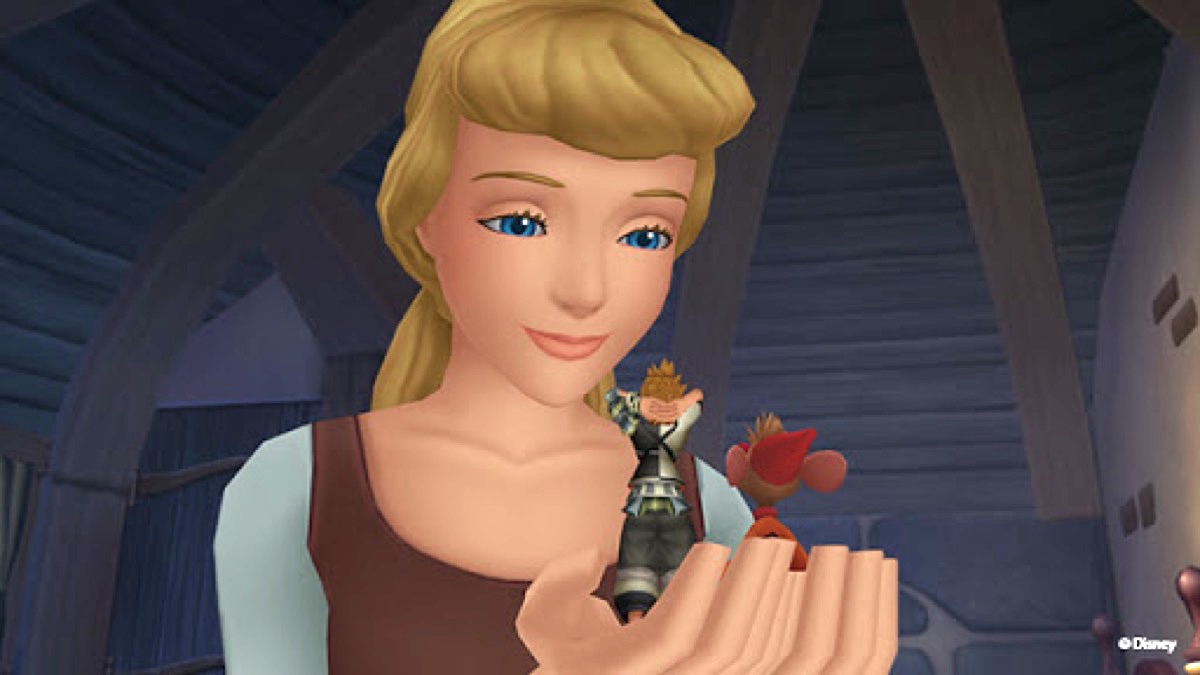 Although the video games take slightly different approaches to these romances, Kingdom Hearts leans especially hard into the idea that the princesses are pure and must be saved. These young women have always been characterized as being pure of heart and capable of kindness even in the most abhorrent circumstances, which, on the one hand, demonstrates serious resilience and strength.

On the other hand, this characterization upholds sexist ideologies and posits the idea that women should forgive their abusers, which is a pillar of rape culture. The princesses in Disney movies nearly always end up needing to be rescued by their male love interests, and the same is true of Kingdom Hearts: It’s up to Sora, Donald, and Goofy to free the princesses and save the multiverse from descending into darkness.

Kingdom Hearts also reinforces the compulsive heterosexuality of each movie from which it pulls, in addition to drawing firm lines in the sand with its own characters’ sexualities. Although Sora’s relationship with Riku is arguably the core of the series—and borders on becoming outright romantic at more than one point—the narrative constantly bashes players over the head with Sora and Kairi, as if to say, “Don’t forget, these characters are straight! Queerness is not canonical!”

I understand why Kingdom Hearts resonates with so many people as one of their favorite games. For anyone who grew up watching Disney movies, I imagine diving into this world feels a little bit like putting on a favorite pair of shoes, or snuggling up under a beloved blanket. Despite the fact that these worlds are fictional and this is just a game, it feels a little bit like coming home to visit each of these characters and fight monsters with them. Kingdom Hearts allows players to look at their favorite Disney properties through different lenses, which—for me, at least—is enough to awaken latent affection for these characters and their worlds.

And yet, I find that I can’t immerse myself as fully as I would have at 12 years old, when the game first came out. It’s hard not to focus on the parts of the game that too easily reflect the toxic ideals peppered throughout Disney classics, and it can sometimes feel frustrating to have to follow plotlines that uphold the same nonsense.