Today, I shall call you “Well Playedboy”: The Mary Sue’s Favorite Comments Of The Week 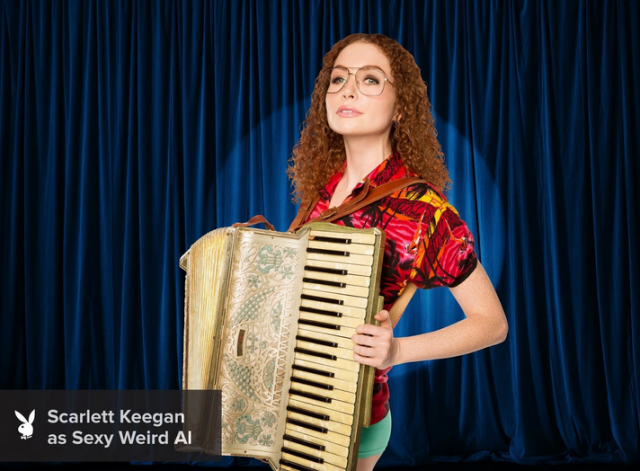 It’s Friday, so you know what that means—time for us to round up our favorite comments we saw over the course of this week!

“Today, I shall call you “Well Playedboy.'” —Christianne, congratulating Playboy on their delightful photo spread of unsexy sexy costumes.

The big news this week was Anita Sarkeesian appearing on The Colbert Report to talk about Gamergate, and Laura Truxillo has a pretty good analogy about why badly done depictions of women in video games are so dang frustrating, even when we know they aren’t real. It’s worth a whole read, for serious.

In other news, we’re so happy we’re not the only ones who got excited over the Avengers: Age of Ultron TV spot this week: 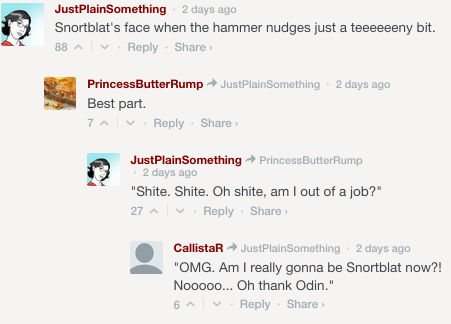 Someday we’re gonna get Marvel to acknowledge the truth of Snortblat. Someday.

On the subject of how the 50 Shades of Gray movie will probably have to resort to impossible CGI to film their sex scenes “accurately” to the book, Film Runner had this to say: “It’ll look like Reboot.” COOL THANKS FOR THOSE TERRIBLE MENTAL IMAGES DUDE

Speaking of other things we “want” from Marvel (what? when AREN’T we doing that), Krista Harrison went ahead and outdid our Sparklefists Cumberbatch photoshop by fancasting yet another white male Chris as Captain Marvel: 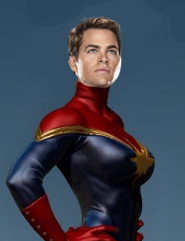 They do love their Chrises.

“It’s nice to hear Daniel Radcliffe calling out the incessant male gaze, but we all know the sexualisation of Emma Watson is actually about ethics in game journalism.”— We see what you did there, A.Melongangster.

I guess maybe it makes more sense in context.