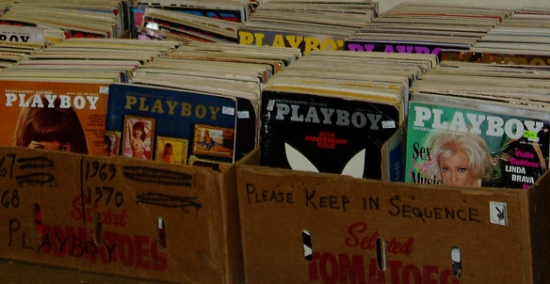 The long-time excuse of husbands, boyfriends, and anyone else who subscribes to Playboy without wanting to admit they like looking at photos of naked women has been that they just read it for the articles. Well if that’s the case, you’re in luck, because Playboy’s new iPhone app doesn’t have any nudity at all.

The reason for Playboy’s never-nude approach is an obvious one — if they had any nudity in the app then Apple would never let into the App Store to begin with. To skirt that, there’s still a web-based app you can subscribe to, but the iOS version will have articles as well as photos that”just leave a little more to the imagination,” said a Playboy spokeswoman.

As the on-the-go extension of the Playboy brand, our new app brings the best of Playboy with original, thought-provoking and enticing bite-sized content that captures our design-driven and discernible style. We’ve rebuilt Playboy for iPhone from the ground up to attract the new generation of Gen Y fans who enjoy the indulgences of the artisanal good life and modern culture.

Just because the app won’t feature nudity doesn’t mean they’ll be giving it away from free. Monthly subscriptions start at $1.99 per month, and you can save a few dollars by agreeing to six-month or year-long commitments. If you’re serious about only reading the articles, it’s time to prove it by switching your regular subscription to this nudity-free one — something nobody’s likely to do.