Planeterrellas Put Planetary Auroras In A Jar | The Mary Sue

Auroras, Including the Northern Lights, Now Available in a Jar

Okay, Europe, what other century-old brilliant ideas are you hiding? 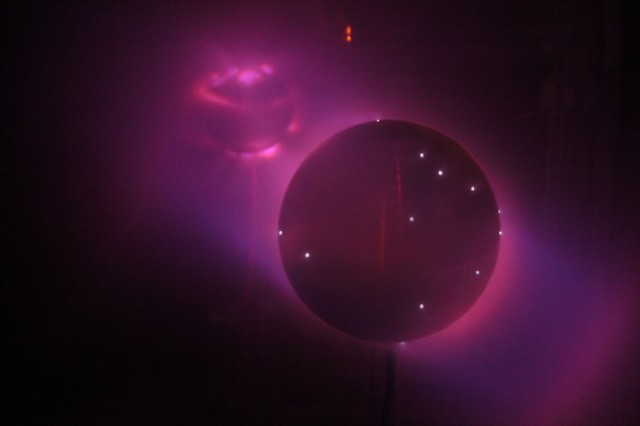 Incidentally, these are purple instead of green (the color of the real aurora) because of the nitrogen inside the dome.

Because we as a species seem unable to appreciate beautiful things without automatically musing about the price tag, scientists at NASA have recently followed Europe in bottling auroras, both of the famous Northern Lights and several extraterrestrial ones. As there are about a dozen in existence, you can’t have one of your own quite yet, though. 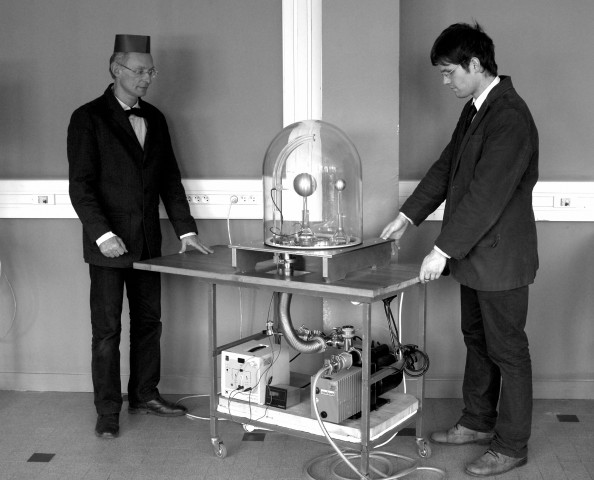 These contraptions are called planeterrellas, which are based on the 19th century terrellas, objects that would use a sphere to show how the auroras borealis and australis worked (Earth’s magnetic field accelerates electrons based in the solar wind, and these interact with other atoms in the atmosphere). Now scientists are adding to the sphere-and-charged-particles-make-pretty-lights equation by increasing the number of spheres contained in one dome.

Here is a planeterrella that isn’t on, and you can see that the theory and the actual machine match up pretty closely.

Guillaume Gronoff has created, for instance, a planeterrella that shows reactions between Io and Jupiter at the Langley Research Center of NASA, bringing the technique over from Europe, where 10 others exist. He does, however, caution that these are good demonstrations and teaching tools, but of course the actual processes are often much more complicated. 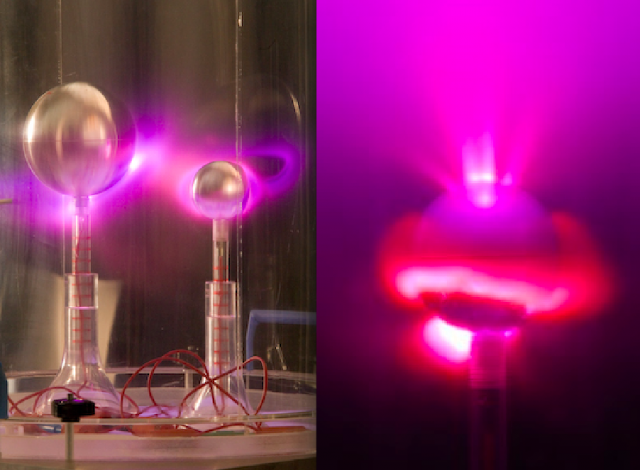 You can see that they are gorgeous, and look kind of like they shouldn’t be allowed to exist outside of CGI.

Gronoff plans to next attempt to create a planeterrella of Mars, using extra magnets and carbon dioxide to simulate the different colors of its auroras, which are actually created by different gases on the planet.

And above is a video running through a simulation of how these planeterrellas work and showing off some pretty nice images. Warning: it’s entirely in French, which apparently none of us here speak, though you can read more about the project in the english-language site, here. If there’s anyone out there who wants to confirm we haven’t sent something really filthy or offensive out into the world, we’d appreciate it.

UPDATE: Jean Lilenstein, space weather expert and former professor of Guilluame Gronoff, wanted to let us know that he’s happy to share the plans for the planeteralla project with public institutions like museums and universities free of charge. Email him at [email protected]grenoble.fr and you, too, can build your own aurora! Neat, right?

(via NASA via New Scientist, images via Planeterrella)