Watch the Crab Nebula Expand at 1500 Kilometers per Second

Then wonder what kind of giant has a beating heart made of stars. 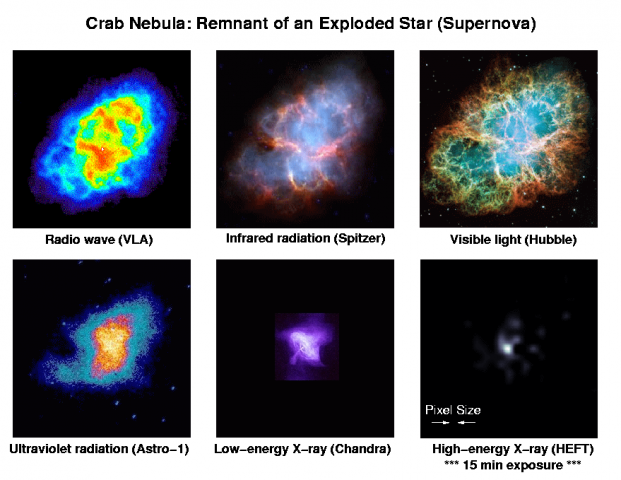 The Crab Nebula is one of those things that NASA made kind of famous, giving the remnants of a massive star instant recognizability. But this cloud isn’t static — it’s been expanding since its explosion. Now, you can take a look at that expansion in a video showing how the nebula has changed in just over a decade.

In July 1054 (a good year, I remember it well) the light from a star’s explosion reached the earth. The star in question was at least 20 times as large as our sun, and emitted as much energy over the next several weeks as the sun will in the 10 billion years or so it’s present. It was torn apart long before this though; the Crab Nebula is about 6500 light years away, and the debris spans more than 100 trillion kilometers, with two stars (one of which is one of the first pulsars ever discovered) at its center. And it’s about five times the mass of our sun. And it’s expanding at a rate of over 3 million miles an hour.

What we see in the video is literally a physical expansion of the supernova exploding. If that doesn’t blow your mind/fill you with awe over the state of the universe itself, there is very little hope for you.

(via Slate, image via Wikimedia)