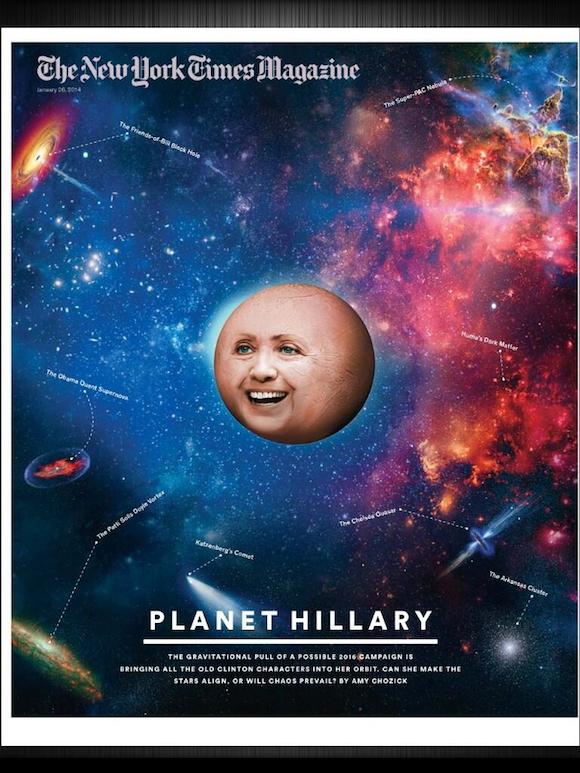 David Joachim, editor of the Washington bureau of the New York Times, just tweeted the cover of this week’s New York Times Magazine, and it’s no moon. It’s an inexplicable, not particularly creative, visual metaphor that would be incredibly visually unflattering no matter whose face you did it to. Also, part of a weird trend.

But I know what my nerd brain is saying about it. It’s saying “MOISTURIZE ME,” and wondering if Planet Hillary could hang out with Mogo so he’d be less lonely, defeat Unicron, or negotiate peace with Galactus.