Your Stupid Minds! Plan 9 From Outer Space Coming Back from the Dead in 3D 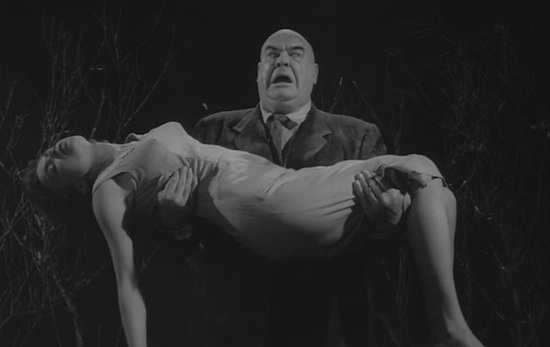 As many a B-movie fan is aware, Ed Wood‘s Plan 9 from Outer Space is considered by many to be the worst movie of all time. While it’s pretty hard to find fault in its central premise of aliens resurrecting zombies from the dead to distract humans from building a doomsday weapon, it doesn’t much help that Bela Lugosi‘s character was played by Ed Wood’s wife’s chiropractor after Lugosi’s death, despite their lack of any resemblance, or that the creators of the film literally used a paper plate as a ‘flying saucer,’ and set it on fire to represent its destruction.

Now, thanks to studio PassmoreLab, our collective dream is coming true: Plan 9 from Outer Space is being converted to stereoscopic 3D, and the conversion will cost more than the original film’s entire budget.

“Plan 9 from Outer Space”, was written, produced, directed and edited by Wood, and was originally shot in black and white over 50 years ago. It was restored and colorized by Legend Films in 2006, and will now be converted, frame by frame into full 3D, using Passmorelab’s proprietary conversion technology. It is Legend Film’s colorized version that is being used for the conversion, which will take over 6 weeks to complete at a cost far greater than the film’s original $60,000 production budget.

“Converting film demands great attention to detail, especially with a film this old. Rest assured, audiences will be able to enjoy the same film they have always known — complete with the 73 or so production flubs — except now they will see those wires, strings and wobbly flying saucers in spectacular 3D,” smiles Passmore.

The stereoscopically remastered film will be available on-demand and come to theaters later this summer, somehow, under the excellent title Plan 9 from Outer Space, Now in 3D!