Pixar Drops Official Trailer for What Will Likely Be the Most Adorable Movie of 2022, Turning Red

Dig out your Tamagotchi and '90s friendship bracelets! 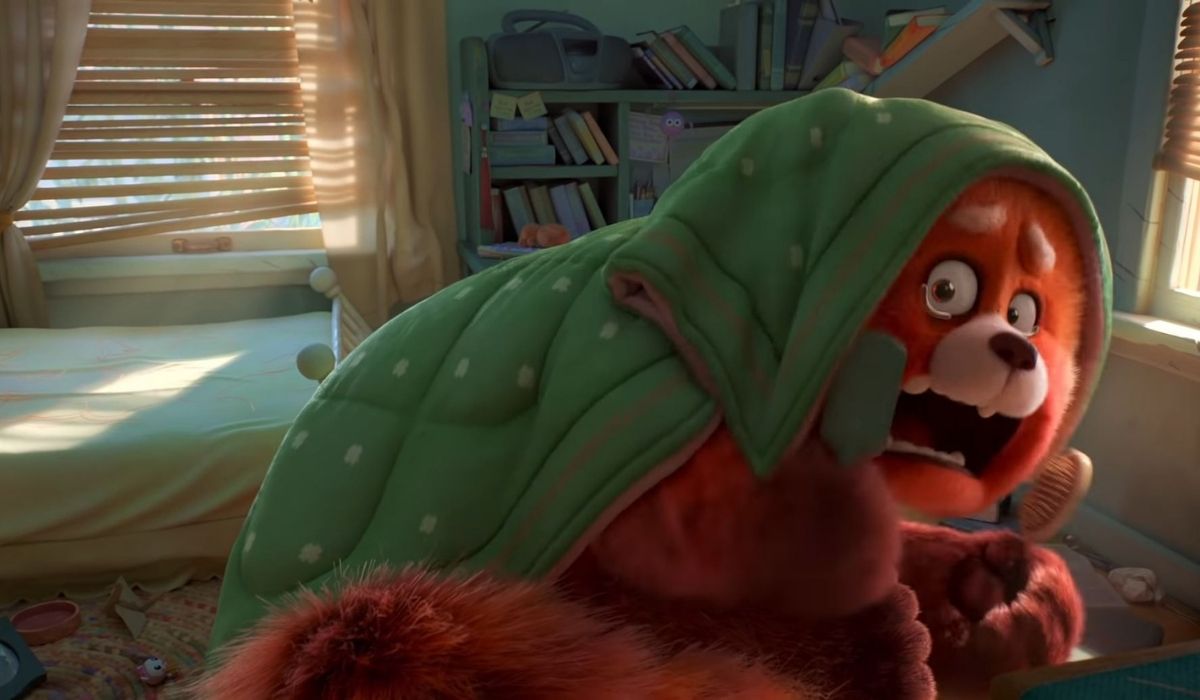 Pixar is generally known for releasing one piece of *chef’s kiss* animated cinema per year and recently have expanded this to two feature-length films per year, not including shows, shorts, and more. In 2022, the Disney overlords once again are giving us two Pixar films to get excited about—Lightyear and Turning Red. Yesterday, Pixar dropped the official trailer for its 2022 original film set around 2002–2003 in Toronto, Canada: Turning Red.

Directed and written by Domee Shi (a.k.a. the director of the Pixar animated short Bao and artist for four feature-length Pixar films), Turning Red follows 13-year-old Meilin Lee as she grapples with the awkwardness of transitioning into a teenager. What’s worse is that when she wakes up one day, she finds that she turns into a giant red panda. Newcomer Rosalie Chiang will voice Mei, the iconic Sandra Oh plays her mother (also from Canada like Shi), and Never Have I Ever star Maitreyi Ramakrishnan voices Priya.

An immediate new element we learned was that this isn’t a secret from most people in her life, and honestly, even her parents knew it was coming. While this may garner an initial “WHY didn’t they tell her?!?” this will connect with most people. This is all familiar to many people and kids, whether it is a family secret or all the bodily changes that children who don’t turn into red pandas still have to deal with.

Many praise the representation of body type, ethnicity, and a friend’s group involved with the protagonist’s story—also, the nostalgic ’90s to early ’00s aesthetic. The most obvious is the trailer’s soundtrack, but there is also the dress, bracelets, and more!

I find it incredibly cute so many people are saying the girls in turning red look like them or looks like someone they knew/know 😭 https://t.co/JhsVelWTef

Loving the representation in Pixar’s Turning Red—new trailer shows ANOTHER kid with diabetes at the 1:55 minute mark! https://t.co/gqrlxCMAt1 pic.twitter.com/9eIAgWA76C

People are over the moon on all social media sites discussing this movie because of the lines and references to furry subculture and curiosity.

Cartoon Brew noted that this film is groundbreaking for gender representation behind the scenes in many ways. Shi was the first woman to direct a Pixar animated short, now the first to direct a Pixar feature film* and brought on other women in key positions to make Turning Red.

*Update 11/19/2021: Shi is the first woman to complete a Pixar feature-length film and solo-direct, however, Brenda Chapman was originally the co-director for Brave. While she parted ways over “creative differences,” Chapman, like Shi, included many women in key behind-the-scene roles.