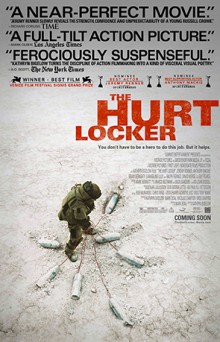 Voltage Pictures, the creators of Oscar-winning film The Hurt Locker, has dropped about 90% of the defendants in their lawsuit against those they claim illegally downloaded the hit film. The original suit listed 24,583 defendants, nearly all of which were as yet unidentified and listed only by IP address. Though 90% is a huge reduction in the scope of the lawsuit, it still lists over 2,300 individuals.

The dismissal seems to be connected with Voltage’s inability to identify most of the persons they believe downloaded their film. Of those roughly 2,300 still listed in the lawsuit, Voltage has yet to identify about 2,278. It seems some defendants have filed motions with their ISPs, preventing their names from being revealed and further hampering Voltage’s attempts to serve them as part of the suit. Voltage is now seeking additional time from the courts to identify those individuals.

As if this lawsuit didn’t have enough strange twists, it’s worth noting that those thousands of defendants were dismissed “without prejudice.” This means that charges could be brought against them at a later date.