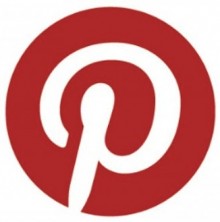 Pinterest is quickly showing every other social media platform how it’s done. comScore, an Internet analytics company, noted back in February that Pinterest was the fastest independent site to hit 10 million monthly unique visitors they’d ever measured. As we move into November, it looks like the social media company has only continued to grow since then. The latest report from commScore gives a list of the top 50 United States websites for September, and Pinterest just hit the list at number 50 with 25.3 million unique visitors.

Wired explains how Pinterest has managed this tremendous growth:

Pinterest’s traffic is particularly impressive because it’s highly attuned to commerce. Pictures of new clothes and other consumer goods are popular on the site, and Pinterest has partnered with local merchants to host user meet-ups. A study by the analytics firm Bizrate Insights earlier this month found that a Pinterest user is 72 percent more likely to have found an item to buy on the site than a Facebook user on Facebook.

Given the push comes from Pinterest’s constant ability to make themselves relevant as a source of commerce, it’s probably not plateaued just yet. If anything, they’ll continue to rise until something more competitive comes along.