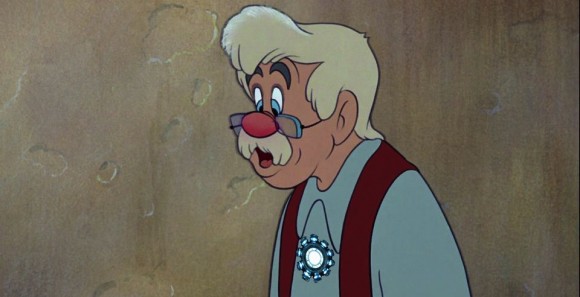 Jane Goldman, the screenwriter behind Kick-Ass, Stardust, X-Men: First Class, and the upcoming X-Men: Days of Future Past, now has another geek-oriented project on her plate: Tim Burton‘s live-action retelling of Pinocchio, starring not Johnny Depp but Robert Downey Jr..

The Hollywood Reporter notes that neither Burton nor Downey Jr. are officially attached to the project, which would see Iron Man play the woodworker Geppetto, but that both “have for months been dancing around the project and talking to the studio about it. Goldman’s hiring is meant to bring the courtship to a close and initiate commitments as she will be incorporating Downey’s notes.”

“Courtship”? “Initiate commitments”? That sounds serious. Should Depp be on the defensive?

The first draft of the script was written by Bryan Fuller, and I guess it’s a good thing he’s not still attached because all of his projects seem to suffer an untimely death. (Seriously, did he kick puppies in a past life or something? Disturb a cursed Egyptian tomb? Somehow cause the spread of the Black Death?)

As of yet there’s no word on when the movie might go into production or in what capacity Johnny Depp and Helena Bonham Carter will inevitably be involved.