"Oooooh, you're in troublllllle." -Alien siblings. 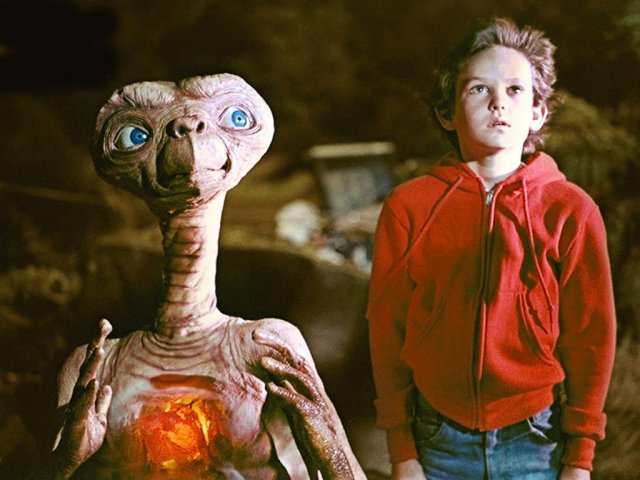 At the American Association for the Advancement of Science meeting in San Jose, scientists have said that it’s time we stopped just listening to outer space and actively tried to make contact. Speaking of which, hopefully the aliens will be more interesting than the ones in Contact.

Dr. Seth Shostak, senior astronomer and director of SETI Institute, told other scientists at the AAAS meeting that now is the time for “active SETI,” (active search for extraterrestrial intelligence). He told BBC News that active SETI would be “not just listening but broadcast[ing] something maybe to some nearby stars because maybe there is some chance that if you wake somebody up you’ll get a response.”

Critics think that making such broadcasts may be dangerous, since we don’t know who’s out there listening, but as Shostak pointed out,

We have been telling them willy-nilly that we are here for 70 years now. They are not very interesting messages but the early TV broadcasts, the early radio, the radar from the Second World War—all that has leaked off the Earth.

Any society that could come here and ruin our whole day by incinerating the planet already knows we are here.

Shostak is gathering other astronomers, anthropologists, and social scientists to put together a proposal for the government and the public for SETI to go active in its search for aliens. Since they haven’t found anything in 30 years of just listening real hard, maybe shouting into the abyss and not finding anything will be a nice change of pace.

Of course, we still have to figure out what all that radio shouting should be, and Shostak thinks it should be us, fellow denizens of the Internet. He said, “My personal preference is to send the internet—send it all, because if you send a lot of information then there’s some chance that they’ll work it out”.

Sadly, the aliens will be too busy reading comment section flame wars in fascination to let us know they heard us. I hope they like cats.