Imagine Being Angry About Phoebe Bridgers Smashing Her Guitar on SNL 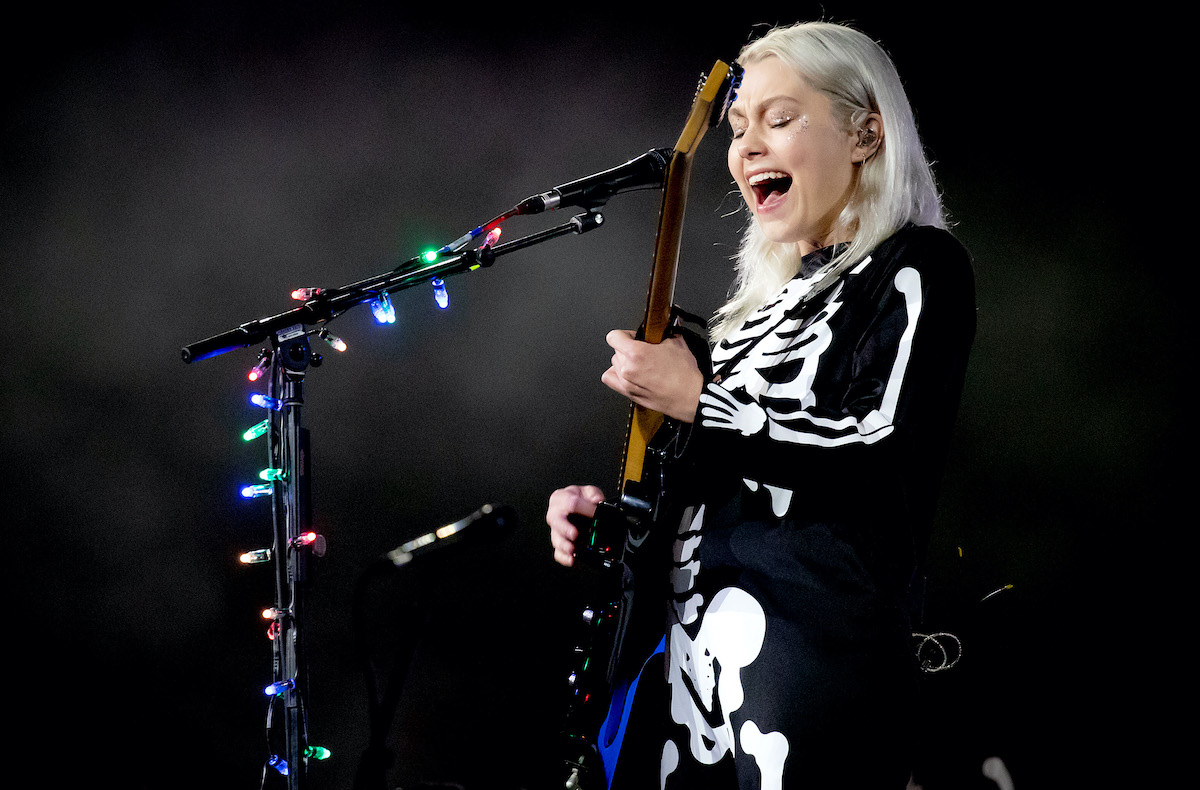 The combination of Dan Levy and Phoebe Bridgers elevated this week’s Saturday Night Live to a level of quality we haven’t seen from the show in a while. Levy’s sketches ranged from fine to pretty funny, though his mere presence was more enjoyable than most of the content he was performing in.

The standout, in my opinion, was this “cut-for-time” sketch that didn’t even make it to air, about toxic masculinity and men’s cosmetics:

Meanwhile, Bridgers wore her signature skeleton onesie and gave two spectacular performances with “Kyoto” and “I Know the End,” both off her latest album, Punisher. The album was hugely popular, with its intimate, delicate gloom. For the live versions, Bridgers kept that essence but amped the songs up to fit the occasion.

“I Know the End” ramps up from a quiet, murmur-y ballad to full-on screams. Bridgers took things a step further during the live performance and smashed her guitar on stage, bashing it against her monitor more than a dozen times and sending sparks flying. It was an exciting, cathartic moment, and just very cool to watch.

Unfortunately, not everyone agreed.

The general consensus among those who tweeted criticism of the smashing seemed to be that destroying a guitar was “extra,” “gimmicky,” and, weirdest of all, wasteful. Because we’re in a pandemic, I guess that means we should be … conserving our guitars?

Can’t believe Phoebe Bridgers smashed her guitar instead of letting a homeless family move into it pic.twitter.com/fBd2ZauSld

Fellow musician Jason Isbell defended Bridgers by saying the instrument was “like an 85 dollar guitar.” Bridgers responded that it was a Danelectro guitar (which tend to cost more than $85 but aren’t exactly bank-breaking) and that she had the company’s blessing for the stunt.

Moreover, it turns out no monitors were harmed during the SNL segment. Bridgers says the one she smashed was, in fact, a fake.

they made me a fake one to break lol

Boy, all of these people criticizing Bridgers (which, to be fair, are far fewer than the number of people praising her) sure are going to be angry when they hear about The Who, The Clash, Jimi Hendrix, Nine Inch Nails, Bright Eyes, Jerry Lee Lewis, Nirvana, Arcade Fire …

Toby The GIF from Toby GIFs