Sounds Like Disney Has Been Reading Our Fan Fiction: Phineas and Ferb Gets Star Wars Crossover 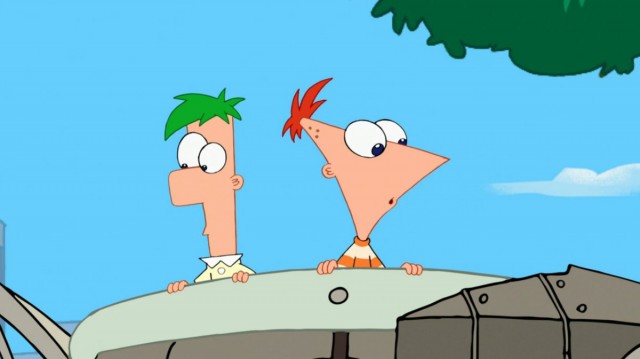 If you thought Disney was slowing down it’s “mashup a Disney thing with a Star Wars thing” efforts then think again. Looks like it’s full speed ahead for Disney to keep smashing its toys together, and that’s totally fine with us. Not satisfied with Phineas and Ferb: Mission Marvel, we’re getting a Phineas and Ferb/Star Wars crossover.

The news came out of San Diego Comic Con yesterday from show creators Dan Povenmire and Jeff Marsh. There’s no air date set at the moment, but the episode isn’t expected until next year. It will feature Phineas and Ferb on the planet Tatooine where they unwittingly become possessors of the plans to blow up the Death Star.

There was a lot of skepticism from the world of geek culture when Disney purchased the Star Wars franchise, but if we keep getting stuff like this then I’m totally on board.

(via Variety, image via Disney)