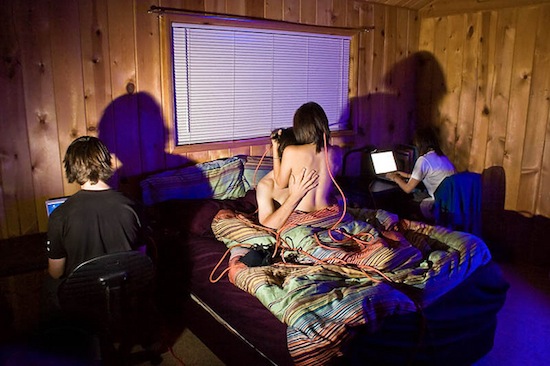 In response to the Philippines’ very serious problem with sex trafficking, the government in power passed the Cybercrime Prevention Act of 2012, which serves to outlaw cybersex, cam girls, and pretty much any scenario in which someone would think to point a web cam at their genitalia — sorry, ChatRoulette, but your days are apparently numbered. This move, which would effectively ban something like 95% of the Internet and also crack down on organized crime, is no doubt well-intentioned, but may prove difficult to enforce? Yes, we believe so.

So, yeah, definitely like, most of the Internet? This isn’t the first time the nation has attempted a pretty strong crackdown on online sex, though. A pair of Swedish nationals who ran cybersex operation in the country were jailed for life last year. Oddly enough, the bill also seeks to make it illegal for non-Filipinos who are not even in the country to broadcast their sexy times and parts to the Phillipines.

Journalists in the country also worry that the whole bill might be a trojan horse to crack down on freedom of the press, as it makes libelous comments made on blogs or websites a criminal offense punishable by up to 12 years in prison. So in short, there will be no more trolling or pornography on the Internet in the Philippines. You, uh, you let us know how that goes, guys.