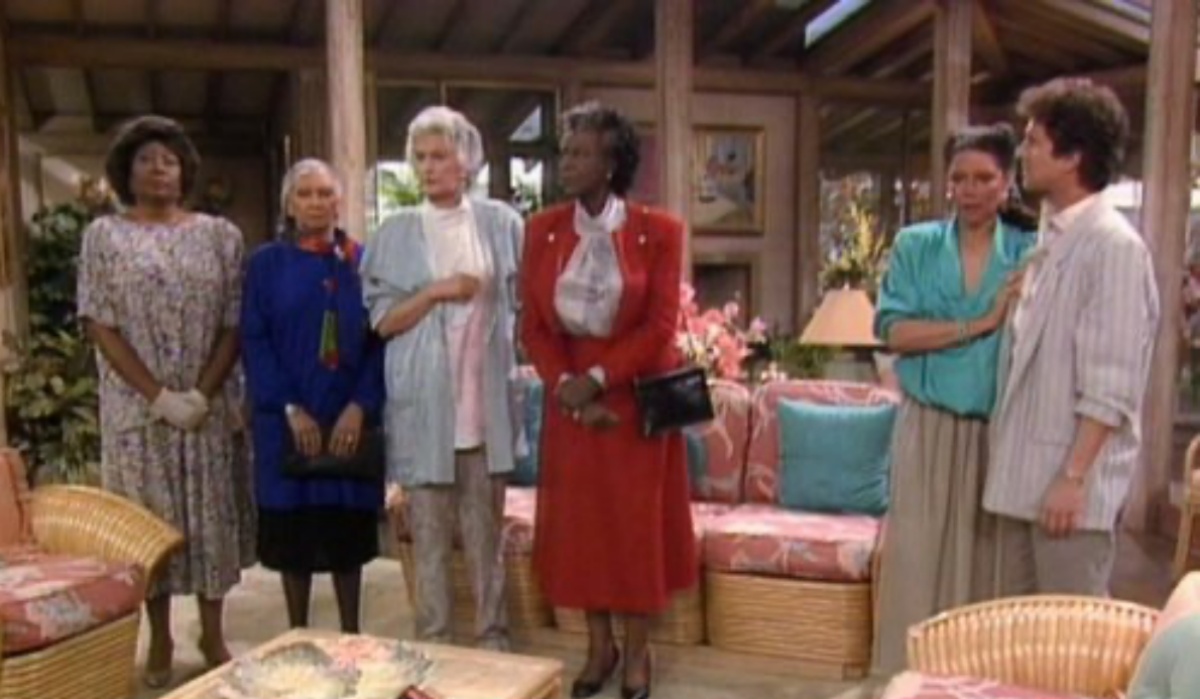 For the last few weeks, Black activists have been pushing to defund the police, telling people to fight structural inequality and to stop killing Black people. The response from the media, unfortunately, has been very focused on optics over substance, with gestures like voice actors stepping down or apologizing for playing roles for people of color and removing TV show episodes containing Blackface from streaming and syndication.

While superficial in some ways, it was at least moving the conversation—that is, until they came for the wrong show.

I know Hulu better put that Golden Girls episode back

First of all, Black people love Golden Girls, so we would have like to have been consulted on this, because then we could have told everyone that … it was a mud mask, not to mention the episode in question, where this happens, is called “Mixed Blessings,” which aired in 1988. In the episode, Dorothy’s son Michael gets engaged to a much older Black woman named Lorraine, played by Rosalind Cash. There’s conflict because Dorothy doesn’t think Michael should marry a woman twice his age, and Lorraine’s mother doesn’t want her daughter marrying a “skinny white boy.”

There are some genuinely funny bits in the episode, as the two families deal with their issues concerning the marriage. It’s one of the rare episodes where multiple Black characters appear. The “Blackface” moment in question is when Rose and Blanche are wearing face masks, and the line “This is mud on our faces. We’re not really Black” comes up. That’s it.

Yes, it’s a gag based on Blackface, and that is problematic because of the racial subtext in connection to one of the only episodes in which we see a Black family, but it’s not Blackface. In conclusion, Hulu removed an important episode about race because of a joke that was … not Blackface? Which they would have known if they had bothered to ask … anybody.

This is the kind of bad-faith decision-making that builds resentment for Black people rather than accepting true accountability. Switching voice actors while the show is airing at least gives non-white actors the opportunity for work, but television and movies with Blackface, Yellowface, and Brownface already exist. They cannot be unmade, not to mention that many of the shows that did these things in the 2000s—30 Rock, Community, The Office—already made it clear for years that they did not care about the issue, so now it just comes off as performative.

I’d rather they just have something that comes up before the episode saying, “We were try-hard comedians who didn’t care about the history of Blackface when we made this episode.” That would at least be more genuine.

If Hollywood and media want to do things that actually matter, going forward, they should hire more POC in front of and behind the camera. They should greenlight more diverse projects that are not just about ethnic suffering. They should donate their Blackface money to BLM, the NAACP, or the Black Trans Advocacy Coalition.

Instead, things like this just undermine what Black people are asking for, which, just to remind y’all, was to stop killing us and justice for Black victims of police brutality.